by Susan L. Nasr
Prev NEXT
8 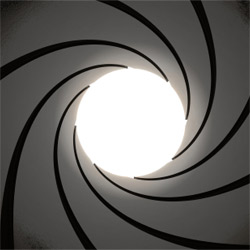 You may know the saying, "Don't shoot until you see the whites of their eyes." Soldiers during the American Revolutionary War certainly knew what it meant. Guns of the time had smooth barrels, which sent bullets flying in all directions. You couldn't hit the enemy unless you were close. Back then, soldiers stood almost face to face and shot each other.

But rifled guns, used widely starting in the 1800s, had grooved barrels. These guns spun the bullets, so that they traveled straight for hundreds of yards, vastly improving long-range accuracy [source: Boot]. Standing up during combat became very dangerous. For example, during the Battle of Gettysburg in the American Civil War, Confederate Maj. Gen. George Pickett followed orders to march his soldiers upright across an open field. As soon as Pickett's soldiers were in range, Union soldiers popped up from behind a wall and picked them off from a distance. During World War I, the nightmare worsened as machine guns mowed down soldiers advancing between trenches [source: Roland]. Soldiers eventually learned to hug the ground.

Rifled barrels changed naval warfare, too. Ship guns now had such range and accuracy that ships could fire at each other without seeing one another.

­Those little grooves "expanded the size and the lethality of the battlefield," says historian Roland.