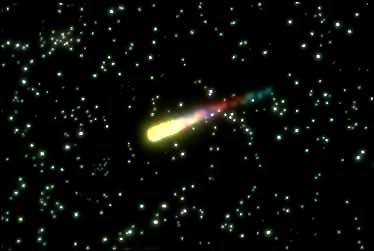 Every night, hundreds of meteors streak across the sky.

Every day hundreds of meteors, commonly known as shooting stars, can be seen flying across the night sky. Upon entering Earth's atmosphere, friction heats up cosmic debris, causing streaks of light that are visible to the human eye. Most burn up before they ever reach the ground. But if one actually survives the long fall and strikes Earth, it is called a meteorite. Here are some of the more memorable meteor crashes in history.

The oldest recorded meteorite, the Ensisheim Meteorite struck Earth on November 7, 1492, in the small town of Ensisheim, France. A loud explosion shook the area before a 330-pound stone dropped from the sky into a wheat field, witnessed only by a young boy. As news of the event spread, townspeople gathered around and began breaking off pieces of the stone for souvenirs. German King Maximilian even stopped by Ensisheim to see the stone on his way to battle the French army. Maximilian decided it was a gift from heaven and considered it a sign that he would emerge victorious in his upcoming battle, which he did. Today bits of the stone are located in museums around the world, but the largest portion stands on display in Ensisheim's Regency Palace.

The Tunguska Meteorite, which exploded near Russia's Tunguska River in 1908, is still the subject of debate nearly 100 years later. It didn't leave an impact crater, which has led to speculation about its true nature. But most scientists believe that around 7:00 A.M. on June 30 a giant meteor blazed through the sky and exploded in a huge ball of fire that flattened forests, blew up houses, and scorched people and animals within 13 miles. Scientists continue to explore the region, but neither a meteorite nor a crater have ever been found. Conspiracy theorists contend that what actually hit Earth that day was an alien spaceship or perhaps even a black hole.

Meteor crashes are more common than you may think ,as you'll find out on the next page.

Michelle Knapp was idling away at her Peekskill, New York, home on October 9, 1992, when a loud crash gave her a start. When she ran outside to investigate, she found that the trunk of her red Chevy Malibu had been crushed by a football-size rock that passed through the car and dug a crater into her driveway. When Michelle alerted police, they impounded the stone and eventually handed it over to the American Museum of Natural History in Manhattan. Turns out the meteor was first spotted over Kentucky, and its descent was caught on more than a dozen amateur videotapes. As for Michelle's Malibu, it was purchased by R. A. Langheinrich Meteorites, a private collectors group, which has taken the car on a world tour of museums and scientific institutions.

In terms of casualties, a red Malibu is nothing compared to an entire population, but many scientists believe that a meteorite was responsible for the extinction of the dinosaurs. The theory holds that approximately 65 million years ago, a six-mile-wide asteroid crashed into Earth, causing a crater about 110 miles across and blowing tons of debris and dust into the atmosphere. Scientists believe the impact caused several giant tsunamis, global fires, acid rain, and dust that blocked sunlight for several weeks or months, disrupting the food chain and eventually wiping out the dinosaurs.

The theory is controversial, but believers point to the Chicxulub Crater in Yucatan, Mexico, as the striking point of the asteroid. Skeptics say the crater predates the extinction of dinosaurs by 300,000 or so years. Others believe dinosaurs may have been wiped out by several distinct asteroid strikes, rather than just the widely credited Chicxulub impact. Scientists will likely be debating this one for centuries, or at least until another gigantic asteroid strikes Earth and wipes us all out.

As Colby Navarro sat at his computer on March 26, 2003, he had no idea that a meteorite was about to come crashing through the roof of his Park Forest, Illinois, home, strike his printer, bounce off the wall, and land near a filing cabinet. The rock, about four inches wide, was part of a meteorite shower that sprinkled the Chicago area, damaging at least six houses and three cars. Scientists said that before the rock broke apart, it was probably the size of a car. Thank heaven for small favors.

The Hoba Meteorite, found on a farm in Namibia in 1920, is the heaviest meteorite ever found. Weighing in at about 66 tons, the rock is thought to have landed more than 80,000 years ago. Despite its gargantuan size, the meteorite left no crater, which scientists credit to the fact that it entered Earth's atmosphere at a long, shallow angle. It lay undiscovered until 1920 when a farmer reportedly hit it with his plow. Over the years, erosion, vandalism, and scientific sampling have shrunk the rock to about 60 tons, but in 1955 the Namibian government designated it a national monument, and it is now a popular tourist attraction.

Santa had to compete for airspace on Christmas Eve 1965, when Britain's largest meteorite sent thousands of fragments showering down on Barwell, Leicestershire. Museums immediately started offering money for fragments of the rock, causing the previously sleepy town to be inundated with meteorite hunters and other adventurers from around the world. Decades later, the phenomenon continues to captivate meteorite enthusiasts, and fragments can often be found for sale online.

Arizona would be short one giant hole in the ground if it wasn't for a 160-foot meteorite landing in the northern desert about 50,000 years ago, which left an impact crater about a mile wide and 570 feet deep. Known today as the Barringer Crater, or Meteor Crater, the site is now a popular tourist attraction. Scientists believe the meteorite that caused the crater was traveling about 28,600 miles per hour when it struck Earth, causing an explosion about 150 times more powerful than the Hiroshima atomic bomb. The meteorite itself probably melted in the explosion, spreading a mist of molten nickel and iron across the surrounding landscape.

At 186 miles wide, Vredefort Dome in South Africa is the site of the biggest impact crater on Earth. And at an estimated two billion years old, it makes the Chicxulub Crater look like a spring chicken. Today, the original crater, which was caused by a meteorite about six miles wide, is mostly eroded away, but what remains is a dome created when the walls of the crater slumped, pushing up granite rocks from the center of the meteorite strike.

Second in size only to the Vredefort Dome, the Sudbury Basin is a 40-mile-long, 16-mile-wide, 9-mile-deep crater caused by a giant meteorite that struck Earth about 1.85 billion years ago. Located in Greater Sudbury, Ontario, the crater is actually home to about 162,000 people. In 1891, the Canadian Copper Company began mining copper from the basin, but it was soon discovered that the crater also contained nickel, which is much more valuable, so the miners changed course. Today, the International Nickel Company operates out of the basin and mines about 10 percent of the world's nickel supply from the site. 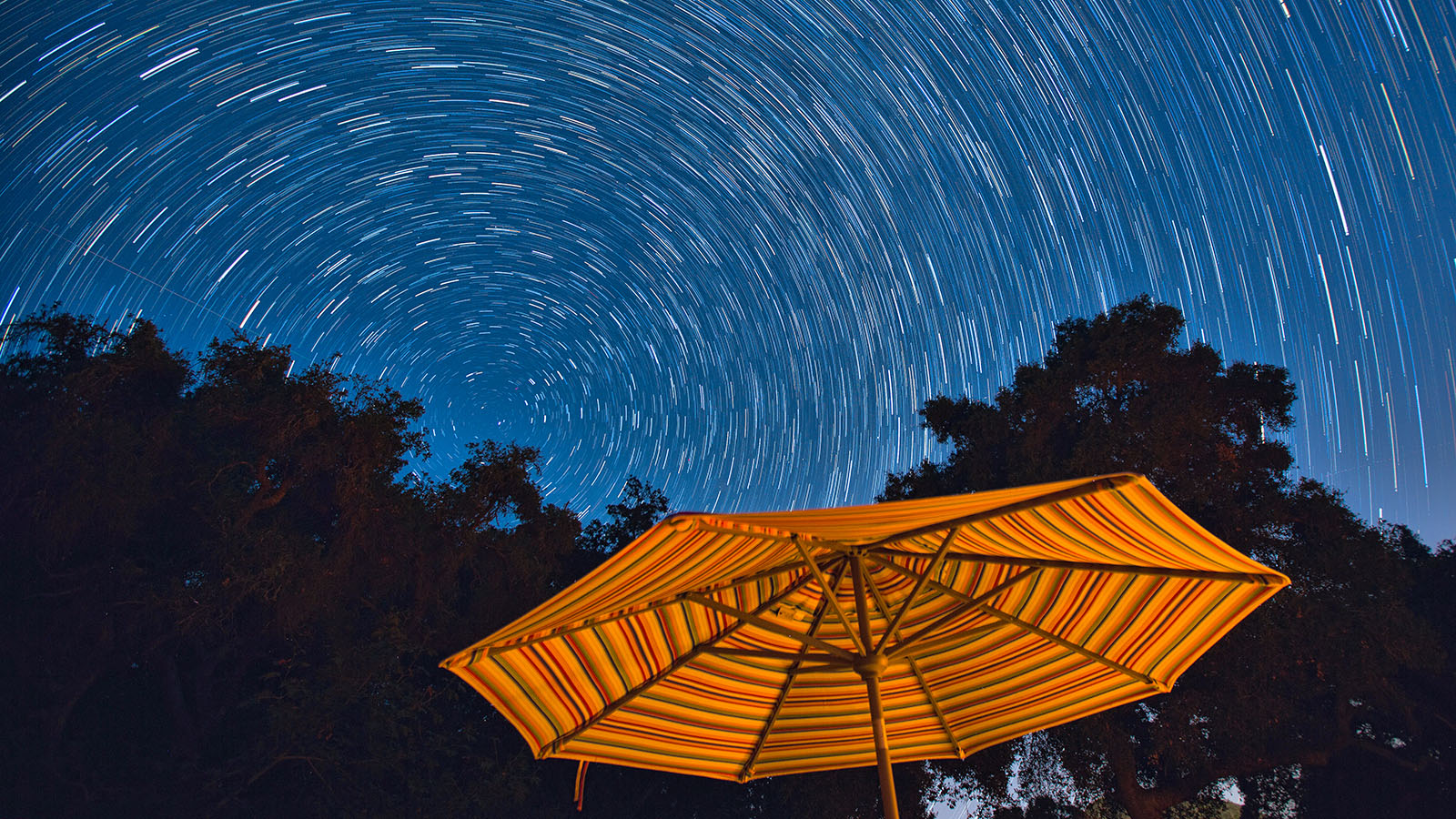 When do the Perseid meteors appear? How can you see them? Learn more about the Perseids in this HowStuffWorks article.