by Nicholas Gerbis
Prev NEXT
7 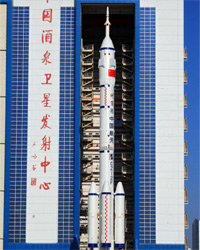 The space agency's engineers are building a new space launch site in Hainan, too, which should be ready in 2016 or 2017. Construction of the new facility, which is slated to handle next-generation launch vehicles as they come online, required displacing 6,000 residents, evoking memories of the mass relocations that attended the construction of Three Gorges Dam. That the nation didn't shrink from doing so is another indication that China takes its space program seriously [source: Xinhua].

In the next few sections, we'll take a closer look at what China has launched from these sites and what it plans to send up in the future.