It's been 30 years since the accident at the Chernobyl Nuclear Power Plant. An area stretching about 1,000 square miles (2,600 square kilometers) around the site — the Chernobyl Exclusion Zone (CEZ)  — is still deemed unfit for permanent human habitation. But in our absence, wildlife is thriving. And, as of April 2016, a team out of the University of Georgia has finally documented it on camera.

Science's long-standing hypothesis has been that the areas of the CEZ with the most nuclear contamination would be home to the fewest animals. In 2015, an international group of scientists published census evidence to the contrary. Their study counted animal tracks in fresh snow along commonly trodden routes — 196 miles (315 kilometers) of them. They found evidence of everything from wild boars to deer to weasels to mink.

Two of the study's authors helped create the more recent experiment to see whether they could back their findings up with photographic evidence of the animals. It worked. Using remote cameras baited with an attractive scent, the team surveyed 94 sites for a week each. They observed 14 mammal species, including 10 individual red foxes, 26 gray wolves and 60 tanuki (aka raccoon dogs). These are, perhaps unsurprisingly, larger populations than were present in the Chernobyl area before the disaster (and the resulting evacuation of more than 348,000 people).

The interesting thing is that these results coordinate with the findings from the 2015 study. There was no correlation between any given area's radiation levels and animal populations. The critters seemed driven by habitat preferences and access to food and water, regardless of contamination. This may be bad news for the animals in the long run, but there's a silver (or glowing green?) lining: It's an excellent opportunity to observe the effects of long-term radiation exposure.

As the above video explains, there's no consensus on what kinds of risks this long-term, low-level ionizing radiation exposure poses to individual bodies or the environment as a whole. Some researchers think cumulative effects may be delayed by decades. Further studies into the zone's unique ecosystem will be illuminating.

A New Cure for Cancer: Marriage

High-tech Glasses Adjust Focus Depending on Where You Look 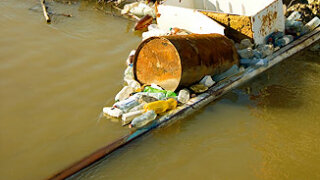 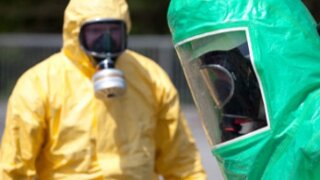 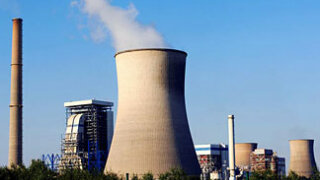