Following the last-minute filing of a multistate lawsuit against the Trump administration to prevent the release of online gun blueprints, District Court Judge Robert S. Lasnik of Washington state issued a nearly zero-hour restraining order against the distribution of digital blueprints for various firearms that can be manufactured using 3D printing technology. The order came on July 31, 2018, within hours of a planned release of the blueprints by a Texas-based gun advocacy nonprofit following a five-year lawsuit against the federal government, which the Trump administration had settled by allowing their release.

"These downloadable guns are unregistered and very difficult to detect, even with metal detectors, and will be available to anyone regardless of age, mental health or criminal history," said Washington state Attorney General Bob Ferguson in a press release.

Individual parts of the 3D-printable "Liberator," called a "ghost gun" because it is specifically designed to be untraceable.
Wikimedia Commons (CC-BY-SA 3.0)

The plans for these 3D-printable guns were developed by Defense Distributed, an Austin, Texas-based company that primarily produces consumer automated machine tools designed to mill metal firearm parts, specifically for the purposes of producing firearms that are untraceable. In the gun community they're known as "ghost guns."

"It's kind of culturally edgy in the gun world to have your own ghost gun ... I think it's responding to the uncertain political environment. People want at least one or two that nobody knows about, and we help them do that," said Defense Distributed founder Cody Wilson in a company promotional video.

In 3D printing, a computer takes a digital blueprint of an object, then divides the object into layers. Each layer is then sent to a device that works similar to an inkjet printer. A nozzle, connected to a source for printing materials that range from nylon, plastic and various resins, as well as a binding agent, applies one layer upon another until the object is finished. Metals such as stainless steel, gold and silver, and titanium, can be used to create 3D objects.

The printing of firearms is fundamentally not much different, according to Will Haude, co-founder and lead designer of 3DBrooklyn, based in New York.

"It's as easy as people make it sound. They can just load the file and print one out," says Haude. He explained that all a person would need is the software, the printer and the medium, and they could, essentially, walk away with a firearm.

But it's not quite that simple, at least in terms of cost. According to Mitch Free of ZYCI, a manufacturing company, the cost of a printer up to the task of producing firearms ranges from $3,000 to $5,000, not including the building plastics — far more than the average cost of a handgun, which typically falls below $1,000. Also, the gun cannot be printed entirely from plastics. The firing pin must be made of metal to effectively absorb the shock of striking the primer on the back of a bullet. In the case of "The Liberator," Defense Distributed's first printed firearm, a simple nail can serve as a firing pin. And while the firearm is made from ABS plastic, similar to the stuff Legos are made from, the weapon will suffer from wear much faster than a traditional gun.

"It's a poor way to build an operating piece," says Mark Westrom, former owner of ArmaLite, designer of the AR-15 rifle. Westrom objects strongly to the notion of printable firearms. "My objection is that you got a guy who thinks it's his First Amendment right to put out technical information without responsibility. The political effect is very harsh. I consider it irresponsible."

"You can't stop people from sharing 3D files," he says. "Think about Napster and Kazaa [two services pioneered the free sharing of digitized and copyrighted music]. As tech grows and people learn it, it's not so scary. I think people are focusing on what's unpreventable and getting panicked about it when we have a much larger gun issue. It's easier to buy a gun than to print one, and it will fire more times and be more effective. You can walk into Walmart and buy a gun."

Now That's Interesting
Cody Wilson of Defense Distributed is not the only person developing printed firearms. A West Virginia carpenter who goes by the pseudonym "Derwood" released video of the "Shuty-MP1," a semi-automatic weapon that shoots 9mm pistol ammunition.

You're Probably Not Putting on Enough Sunscreen 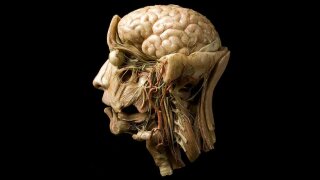 The Future of 3-D Printing Is … Living Human Brains? 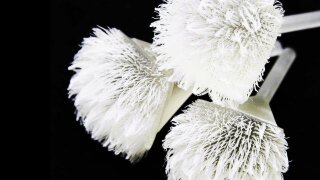 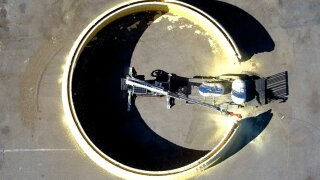