by Jesslyn Shields Oct 17, 2019
Wouldn't it be cool if astronauts could 3-D print food from the comfort of their own spaceship? Pixabay/Flickr(CC By 2.0)/HowStuffWorks

If we're ever going to abandon this planet and live on Mars or wherever, we're going to have to have hamburgers, and a Russian cosmonaut named Oleg Skripochka has gotten humanity a little closer to that goal. On a recent trip to the International Space Station (ISS), he accomplished making real meat without killing an animal! In space! Using a 3-D printer!

Of course, there's nothing special about space that makes it possible to make a hamburger without slaughtering an animal — scientists here on Earth have been doing it since the first hamburger patty was printed in 2013. However, since NASA and other space programs are looking for a sustainable way to feed astronauts as they pursue plans to send humans deeper into space than ever before, 3-D printing seems like a great way to cut down on the sheer volume of food luggage these long voyages will require. The hope is that future astronauts will just bring a few plant and animals cells with them — in addition to a structure-giving material called "bioink" — and they can feed this slurry into a 3-D printer, and voilà! Dinner is served.

This is a great idea and everything, but scientists were skeptical that the process would work as well in the microgravity of space.

"Maturing of bioprinted organs and tissues in zero gravity proceeds much faster than in Earth gravity conditions," Yoav Reisler, a representative from Aleph Farms, the Israeli food-tech company in charge of the experiment, told Space.com. "The tissue is being printed from all sides simultaneously, like making a snowball, while most other bioprinters create it layer by layer. On Earth, the cells always fall downward. In zero gravity, they hang in space and interfere only with each other. Layer by layer printing in gravity requires a support structure. Printing in zero gravity allows tissue to be created only with cell material, without any intermediate support."

On Sept. 25, 2019, Aleph Farms gave Skripochka a bunch of vials of biopsied animal cells — cow, rabbit and fish — along with a specialized 3-D printer that does its job using the magnetic fields in microgravity and instructions to manufacture a few pieces of meat from some muscle cells and bioink.

And it worked! Skripochka was able to make a few small pieces of each kind of animal tissue with the setup.

Which means — thank goodness! — we won't have to take cows with us if we want to have cookouts on Mars.

Now That's Interesting
The idea for lab-grown meat was first patented by Willem van Eelen who spent time in a Japanese prison camp during WWII. Van Eelen was beaten and starved during his time there, but was so appalled by how the animals were treated, he made it his life's mission to make slaughtering animals unnecessary in our food system.

The Legend of the Mysterious Night Marchers of Hawaii 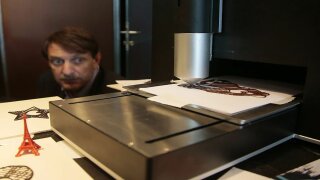 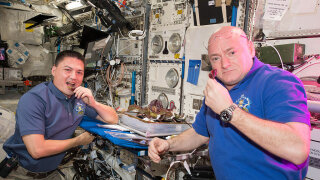 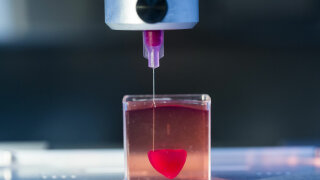