by Nicholas Gerbis
Prev NEXT
5 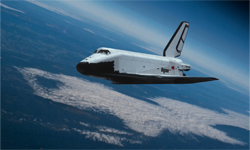 For 20 years after Lithuania became the first Soviet republic to declare its independence on March 11, 1990, the Baltic country lacked direct access to space. Despite a struggling economy, the 25,212-square-mile (65,300-square-kilometer) parliamentary democracy, slightly larger than West Virginia, has been working to reclaim its place in space ever since.

The intellectual genealogy of this country of 3.5 million reaches back centuries, to the pioneering work in rocketry, astronomy and aeronautics of Kazimieras Simonavičius, Vilnius University and Aleksandras Griškevičius, respectively.

Lithuania contributed much to the Soviet space program, donating scientists to the Mars and Venera projects and cosmonauts to the Soyuz and Soviet space shuttle programs. Lithuanian institutions studied plant physiology under zero gravity conditions on the Salyut and Mir orbital stations, developed robotic vision for the Lunokhod lunar rover, designed heat insulation panels for the shuttle Buran and researched control systems for liquid-fueled rocket engines.

Since then, Lithuania has contributed to numerous NATO and European R&D programs, and has entered into a cooperation agreement with the European Space Agency. More than 100 scientists and engineers of Lithuanian origin have contributed to NASA programs such as Cassini, Galileo, Mariner, Pioneer, Venus and Voyager [source: Lithuanian Space Association]. At home, Lithuanian space research focuses primarily on microsensors and micro-actuators, thermo-aerodynamics, microgravity, astrophysics, and information and communications technology.

As of April 2011, representatives of Vilnius Gediminas Technical University and the Lithuanian Space Association were shopping around the idea of developing a small satellite to carry a scientific payload into orbit and return it to Earth for retrieval.

Now let's roll into a Low Country with high hopes in space.