by Nicholas Gerbis
Prev NEXT
4 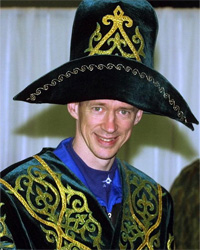 Nope, that's not what the Belgians wear in space. Belgian astronaut Frank de Winne slipped into that lovely Kazak costume after he got back from the International Space Station.
Getty Images

Belgium has more going for it than beer, chocolate and waffles; it's also been in the space biz since the 1960s. Rather than establish its own space agency, this modern, technologically advanced Low Country of 10.4 million integrated itself from the get-go into European space ambitions.

The land of Dutch-speaking Flemings and French-speaking Walloons -- occupying 11,787 square miles (30,528 square kilometers, roughly the size of Maryland) in Europe -- helped bring about the European Space Agency (ESA). It continues to build bilateral agreements with the continent's other space agencies and has remotely conducted experiments aboard the American space shuttle.

As of January 2012, more than 40 Belgian enterprises, employing around 1,300 people, were engaged in space-related development, and 36 technical groups were working on 75 Belgian projects of PRODEX ((PROgramme de Développement d'Expériences scientifiques, or Development Program for Scientific Experiments), an ESA project that coordinates experimental development and industrial contracts [source: BELSPO].

Next up: a tiny country that has not only built satellites, but has also launched them using its own rockets.