Are Alien Worlds in TRAPPIST-1 More Habitable Than Thought?

by Ian O'Neill, Ph.D. Feb 12, 2018
An artist's impression of the seven planets orbiting the TRAPPIST-1 star. The system is located 40 light-years from our planet. ESO/M. Kornmesser

One of the most captivating star systems beyond the solar system is in our galactic backyard. It may be a common red dwarf star, but the exoplanets it possesses are anything but ordinary. In fact, new observations have shown that the alien worlds of TRAPPIST-1 may be very special indeed.

Located 40 light-years from Earth, TRAPPIST-1 is a mini version of our solar system. Orbiting the ultracool red dwarf are at least seven known small exoplanets of Earthlike dimensions, three of which orbit their star in the habitable zone. That's the area around a star at which it's neither too hot nor too cold for liquid water to exist on an exoplanet's surface.

The discovery of any habitable zone exoplanet, particularly small and rocky ones, has implications for the possibility of finding extraterrestrial life. But simply finding worlds orbiting inside a small star's habitable zone doesn't mean those exoplanets are truly habitable. The zone just provides a guide as to where to look. The chemistry for life inside those exoplanetary atmospheres (if they even have atmospheres) need to be studied before an exoplanet can truly be considered to possess life-giving qualities.

Now astronomers have begun that process for the worlds orbiting TRAPPIST-1 and deduced that they may contain water. Lots and lots and lots of water.

The first TRAPPIST-1 exoplanets were discovered in observations by the TRAPPIST-South telescope at the European Southern Observatory's La Silla site in Chile, in 2016. The ESO's Very Large Telescope (also in Chile) and NASA's Spitzer Space Telescope then pitched in and determined that there were no fewer than seven small exoplanets in the system. The worlds were named TRAPPIST-1b, c, d, e, f, g and h, in increasing distance from the central star. Five of the exoplanets (TRAPPIST-1b, c, e, f and g) are approximately Earth-sized, and two (TRAPPIST-1d and h) are smaller. It's TRAPPIST-1e, f and g that are in the star's habitable zone. The discovery of the seven-exoplanet star system is unprecedented, and the habitable potential of the system captivated the world.

In a TRAPPIST-1 study to be published in the journal Astronomy & Astrophysics, scientists have taken all the information we know about the fascinating system, run it through computer models and determined the exoplanets' densities to great precision. This means that planetary scientists can take a stab at their compositions and therefore make highly educated guesses about what chemicals are present. They can even gain a clue as to what they look like.

"The TRAPPIST-1 planets are so close together that they interfere with each other gravitationally, so the times when they pass in front of the star shift slightly," said Simon Grimm, in an ESO statement. Grimm works at the University of Bern in Switzerland and led the study. "These shifts depend on the planets' masses, their distances and other orbital parameters. With a computer model, we simulate the planets' orbits until the calculated transits agree with the observed values, and hence derive the planetary masses," he continued.

When Grimm's team painstakingly put all that together they found that the exoplanets' densities reveal that they are not barren, rocky worlds; instead, large quantities of volatile material are present. Volatile chemicals include water, carbon dioxide, methane and others, but astronomers know from previously observing protoplanetary disks around young stars that the spectroscopic signature of water is dominant. Therefore, the researchers deduce that the volatiles on TRAPPIST-1's worlds will consist mainly of water, lots of it. In some cases, the study estimates that up to 5 percent of the exoplanetary mass consists of water — that's 250 times more water than all the oceans on Earth!

"Densities, while important clues to the planets' compositions, do not say anything about habitability. However, our study is an important step forward as we continue to explore whether these planets could support life," added co-author Brice-Olivier Demory, also of the University of Bern, in the same ESO statement.

Because these Trappist-1 worlds orbit the star at different distances, the water will be in different phases, depending on the world. The innermost (and therefore warmest) exoplanets appear to be rocky and likely have very dense and steamy atmospheres, whereas the outermost worlds will be frozen and covered with a layer of ice. TRAPPIST-1e is considered the most "Earthlike" world in the system, likely possessing a dense iron core, rocky interior and, possibly, a thin atmosphere.

All these density calculations have provided a few surprising insights. For example, the densest planets in the Trappist-1 system aren't the ones closest to the star. In addition, the colder planets don't seem to be able to possess thick atmospheres.

Both of those observations came from co-author Caroline Dorn, who works at the University of Zurich, Switzerland.

While these findings are compelling, other observations using the Hubble Space Telescope have failed to detect the presence of hydrogen in the TRAPPIST-1 exoplanetary atmospheres. Detecting hydrogen would add evidence for the presence of water. So, it seems we'll have to wait for the next generation of observatories, such as NASA's James Webb Space Telescope, that will be powerful enough to detect the telltale signs of water.

And even if TRAPPIST-1 has all the ingredients for bona fide habitable exoplanets, the nature of red dwarf star systems is very different from our solar system. Since red dwarf habitable zones are closer to their stars, any habitable zone exoplanets will be exposed to increased levels of radiation. Unless those worlds possess powerful magnetic fields and thick atmospheres to deflect and absorb the space weather onslaught, life as we know it may find it challenging to evolve. Also, since these systems are so compact, tidal locking will be another issue. That's where one hemisphere of any orbiting exoplanets will continually face the star. It's hard to imagine a habitable world when one side is frozen in perpetual night.

But there is likely water in TRAPPIST-1, so if life can find a way elsewhere in our galaxy, we'd be hard-pressed to find a more suitable place where alien biology could gain a foothold.

Now That's Interesting
If the TRAPPIST-1 exoplanets orbited the sun, they'd all occupy the region inside of Mercury's orbit, the solar system's innermost planet.

Why Are We So Crazy Over Celebrity Babies? 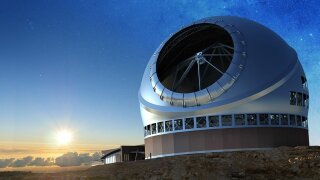 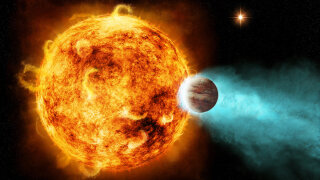 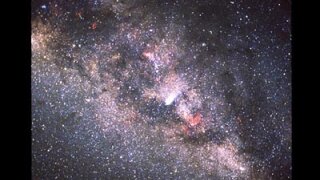