An ageless marvel, the Boeing B-52 Stratofortress affirmed America's absolute air supremacy in the nuclear era. In the 1950s and '60s, it was the only bomber that mattered, and a reminder that the price of peace is constant vigilance. See more military jets pictures.
m

The Boeing B-52 Stratofortress is a tribute to the United States Air Force teams that have flown and maintained the aircraft over the years, and to the Boeing personnel who conceived of the aircraft, built it, and have maintained it in service for an incredible length of time.

First flown in 1952, the Boeing B-52 Stratofortress is currently scheduled to be in service until at least 2040 -- nearly 90 years after its first flight. It will be flown by the great-grandchildren of the pilots who were the first to fly it. There is no comparable longevity among any other weapon. It is as if the SPAD XIII of World War I were still flying combat in 2005.

The B-52, or the Buff, as it is fondly called, is also a tribute to General Curtis LeMay, who wanted the big bomber for its growth potential. The Boeing B-52 Stratofortress started out as a high-level nuclear bomber that would streak in alone to devastate the Soviet Union. When surface-to-air missiles (SAMs) made that too difficult, the Buff made the transition to low-level bomber, streaking in at ground level.

Then, in Vietnam, it became the equivalent of World War I artillery, dropping huge loads of conventional ordnance. Continuously updated with the latest equipment, it carries cruise missiles and precision-guided munitions. In the Persian Gulf War, it led the way with the longest bombing sortie in history, releasing air-launched cruise missiles. Other B-52s broke the back of the Iraqi Republican Guard with conventional bombs.

The Buff, armed with Harpoon missiles, is also an incredible maritime surveillance aircraft, and is now being considered as a bomb-carrying, electronic countermeasures aircraft, becoming, like the Grumman Prowler, a "Raven."

The Boeing B-52 Stratofortress is a handful to fly and a maintenance nightmare, but it gets to the target on time, every time -- and that's why everyone loves the Buff.

Up Next
F-35As Put to the Test in First-ever 'Elephant Walk'
The U.S. Air Force showed its might during this unprecedented exercise. But why? HowStuffWorks finds out.
Explore More 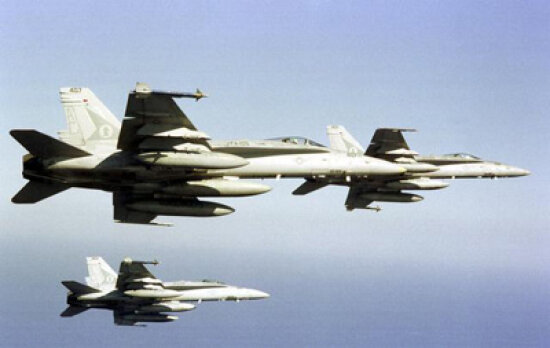 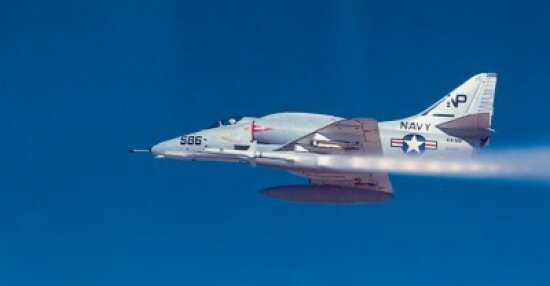 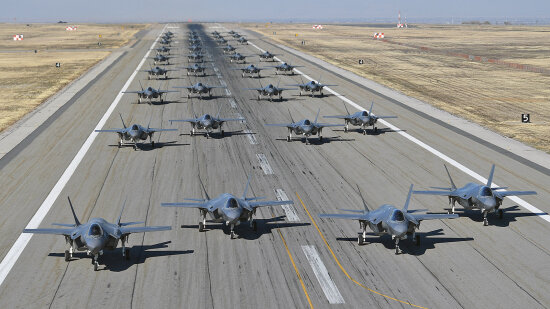