Browse the article Can You Really Make Yourself Invisible? 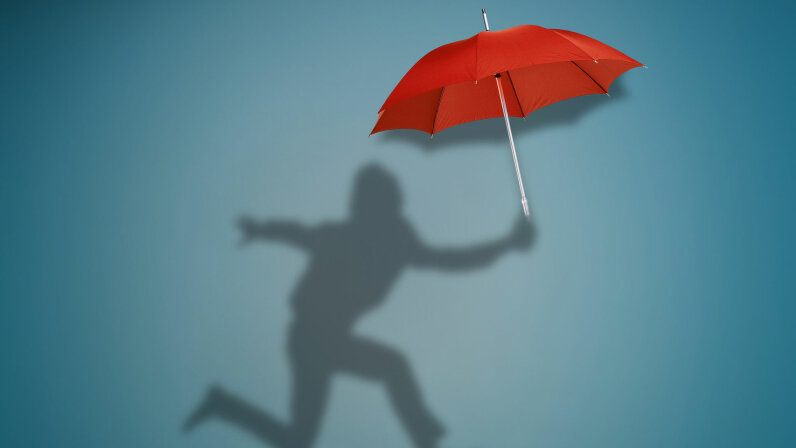 Lots of people wish to be invisible. Is it ever possible? Francesco Carta fotografo/Getty Images

Even if you're not the most die-hard Harry Potter fan, chances are you're still wowed by his invisibility cloak, and hopeful that it might one day come to fruition. You're not alone in this fascination, as people have been interested in invisibility for hundreds, even thousands of years. In this episode of Part-Time Genius, "What's the Science of Invisibility?", hosts Will Pearson and Mangesh (Mango) Hattikudur explore the scientific principles of invisible light, the origins of the human obsession with invisibility and how far out so-called "invisibility cloaks" might be.

The hosts first call on the expertise of Bob Berman, author of "Zapped: From Infrared to X-rays, the Curious History of Invisible Light," because, as it turns out, light appears to have already mastered the invisibility trick. In fact, there's a huge part of the electromagnetic spectrum that's totally invisible to humans, such as ultraviolet rays, infrared light, radio waves and gamma waves.

Mango brings the prevalence of invisible light into perspective by quoting the author directly. "Burman writes, 'There's more light in the universe than anything else.' So, if you were to add up every individual light photon in the cosmos they would account for 99.9999 percent of everything there is and those forms of invisible light you listed off, that actually makes up the vast majority of the light."

Will adds, "Our eyes are designed to recognize only the sun's most abundant energy so we really can only see the colors the sun emits most strongly." Color and brightness of light doesn't exist outside the experience of the observer. We only see light as a certain color because of how it stimulates cones in our eyes and how the brain interprets those signals. Our observation makes the color visible.

People have always been wondered if there was a way to make themselves invisible. Mango quotes from a 15th century "invisibility cook book," that has some "helpful" hints: "If you wish to be invisible take a dead dog and bury it and plant a bean plant over it and place one in your mouth and without a doubt you'll be invisible." Or, if dead dogs aren't in plentiful supply (and we hope they aren't), a person allegedly could, "Grind up an owl's eye with a ball of beetle dung and some olive oil and rub it all over your body."

If that doesn't work, you can take heart that scientists are now working on a kind of "invisibility cloak" made with so-called "metamaterials," which, "are basically a kind of material that's engineered to have properties that don't occur in nature, like a light bending property," according to Mango. The idea is that the metamaterial forms a shield around the object. The light rays bend around the metamaterial and recombine on the other side. Kind of like a water flowing around a stream.

Until that cloak is on the market, a very basic sort of invisibility is available to all of us, although your total physical self remains in plain view.

One study found that children playing peekaboo conceded that their bodies were actually visible during the game, although they still considered themselves to be invisible. Why? "The implication was that the kids felt it was their true self that was being hidden from view," Will says. Mango adds that such a finding is pretty existential, but when you consider that the eyes are often seen as the window to the soul, "In some ways covering your eyes really is like withdrawing yourself from the world and making yourself invisible."

Most people surveyed choose either invisibility or the ability to fly as their most desired superpowers, note the hosts. However innocuous it seems, "There is some speculation about what the choice of flight and invisibility says about a person," Will explains, citing Florida International University researcher William Berry, who suggests that, "People who opt to go invisible are embracing their dark side." The theory lines up when you consider that invisibility would allow a person to indulge pretty base instincts, like spying on others or taking something they don't have the funds to pay for. By comparison, people who select the power of flight are more interested in infusing excitement or fulfillment — like saving someone from a burning building or zipping off to Italy for dinner — into their lives.