Let's Celebrate Rosetta After Its Crash-landing in a Comet Pit

The European Space Agency's unprecedented Rosetta mission is over, so here and in the above video, we wanted to highlight all it uncovered about comet 67P before ESA scientists intentionally collided the spacecraft with its icy subject this morning.

Launched in 2004, the ESA's Rosetta mission saw a lot of firsts. It arrived at comet 67P in August 2014, and became the first spacecraft to orbit a comet. A few months later, on Nov. 12, it sent its lander Philae to the surface — the first successful comet landing in space history. The lander ended up in a not ideal location, lacking sufficient sunlight or connectivity to Rosetta, but it still provided surface readings and photos before finally going dead.

Rosetta itself, however, continued to feed us valuable information about the comet, including the revelation that the water in 67P's ice is ... truly out of this world. Specifically, the difference boils down to the comet water's high deuterium-to-hydrogen ratio, meaning that the water from Earth's oceans may not stem from primordial comet bombardments — a long-held hypothesis. However, Rosetta's discovery of organic molecules in 67P bolsters the idea that some of the rare building blocks of life as we know it could have arrived on Earth via comet strike.

Both of those findings tie into Rosetta's original purpose: to help us untangle the origins of the solar system. Studying comets is a good way to do that, because, as the ESA notes, comets are some of the oldest bodies in the solar system and are relatively unchanged, especially in comparison to planets.

These are just two findings from Rosetta's rich spoils of data — data that scientists will continue to crunch for months or even years to come. Heck, even the craft's final moments produced up-close-and-personal readings of comet 67P. The resulting data should also provide us direct readings of the gasses surrounding the comet and a better read on its ice particle loss.

So farewell, Rosetta! Thanks for all your hard work. As Neil Young put it, "It's better to burn out than to fade away."

The Kids Are All High 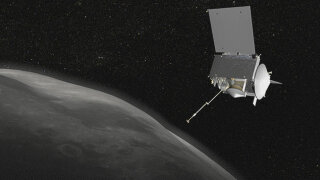 Stuff to Blow Your Mind Podcast: OSIRIS-REx: NASA's Journey to the Netherworld 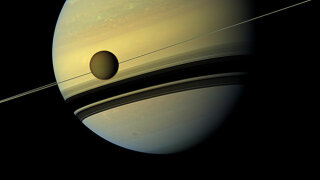 Stuff to Blow Your Mind Podcast: Saturn's Brood: Beyond the Outer Ring 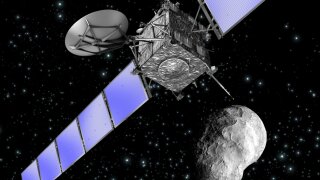 How Do You Land a Spaceship on a Comet?