The Chinese Are a Magnet Superpower

by Kate Kershner Nov 18, 2016
In the U.S., the National High Magnetic Field Laboratory just wound up in the book of Guinness World Records for its 45 tesla hybrid magnet. U.S. Dept. of Energy/Science Photo Library

Have you heard? The U.S. is losing the magnet race! Alert the media, tell the president! When America is no longer the magnet superpower, what's left?

While it might seem like an innocuous honor to lose, it's actually kind of a big deal that engineers in China have created the world's strongest, biggest magnetic field of its kind. And they didn't just do it to make sure their strips of photo booth pictures stay firmly attached to the fridge.

Nope, we use magnets for a lot more these days. From powering the particles zipping around the Large Hadron Collider to helping us explore Mars and create powerful MRI images, magnets are often leading advances in human thought and discovery. So when Chinese engineers announced they had built the biggest superconducting magnet bore that could generate the highest magnetic fields yet for its size, it was a pretty big deal — even though the National High Magnetic Field Laboratory in the U.S. also has notched some wins lately.

One of the challenges of these magnets is that the more powerful the magnet, the more narrow the bore. (The bore is the round tube where, for instance, an MRI patient goes.) This is a problem if you're trying to build a crazy precise MRI machine; you obviously need to fit a patient or at least a part of a patient in that hole.

So the Chinese have created a superconducting magnet that has a very wide bore of just over 36 inches (920 millimeters), with a 10 Tesla power. Quick refresher: Tesla and gauss are units that denote the strength of a magnetic field. There are 10,000 gauss in 1 Tesla. The magnet you stick on your refrigerator is 100 gauss, explains the folks at the National High Magnetic Field Laboratory. And while the magnet isn't as powerful as 45 Tesla or 36 Tesla magnets, the bore is far bigger. Those have bores of 1.2 inches and 1.5 inches (32 and 44 millimeters), respectively.

While this particular magnet won't be used for MRIs anytime soon, it's a giant step in research toward developing an MRI machine that could literally map neurons. Once completed, it'll be available to interested researchers worldwide.

NOW THAT'S COOL
The University of Minnesota is home to another amazing MRI machine that operates at a power of 10.5 Tesla. Note that they're not yet cheerfully shoving patients in; it's still in development, but it's to be used in research for any number of things, including studying the brains of addicts. 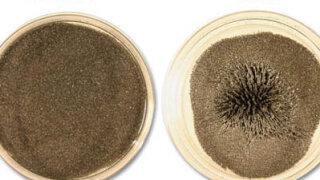 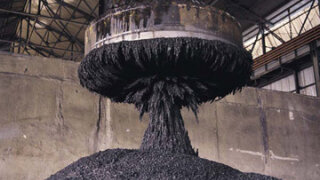 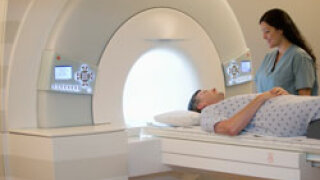