by Jesslyn Shields Jan 17, 2018
A 'supermoon' rises behind a tower in the Forbidden City in Beijing. The Chinese will send live insects and plants to the moon in 2018. Nicolas Asfouri/AFP/Getty Images

You might be under the impression that humans no longer have any interest in going to the moon. Been there, done that, you might be thinking. But while you sit on your couch with your eyes trained on Mars, Donald Trump has directed NASA to head on back to the moon. And China, it turns out, has a hefty head start with its Chinese Lunar Exploration Program (CLEP), which began in 2007 with a moon mapping mission. In 2013, they moved on to lunar landings, and hope to send a manned mission to our nearest celestial neighbor very soon.

But this year, China is sending its fourth mission to our dusty little satellite, this time manned by some actual Earthlings — just not human ones. A container full of potato plants, silkworm eggs and a little roadside weed called Arabidopsis (rockcress) will land on the far side of the moon sometime in 2018. The hope is that, once on the moon, these organisms will begin to emit oxygen and carbon dioxide.

"Together, they can establish a simple ecosystem on the Moon," Zhang Yuanxun, the chief designer of the carrying container, told the Chongqing Morning Post, according to China Daily.

It's a plan so crazy, it just might work! Or maybe not. But the point is, sending insects and plants to the surface of the moon will be a good way to test whether humans might have a shot at survival there.

And of course, CLEP isn't just going to toss these tender little Earth dwellers onto the lunar surface, with its freezing temperatures, nearly nonexistent atmosphere and microgravity (which is just about 16 percent that of what we have here on terra firma). No, it took representatives from 29 Chinese universities to design the container that's carrying those worms and weeds to the moon, and they're not messing around with that thing. It's tricked out with plenty of solar-powered batteries, insulation to protect everybody from the bitter lunar cold, as well as light pipes to let the sunshine in.

Now That's Interesting
The individual CLEP missions are all named after Chang'e, the Chinese goddess of the moon.

Winter Tires Really Do Make a Difference in the White Stuff 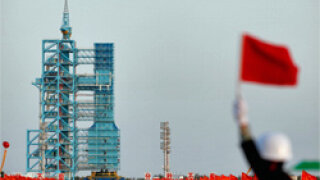 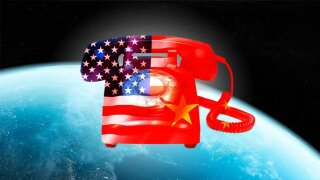 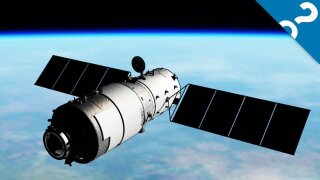