OK, with its flat, curvilinear bright yellow and white-striped exterior, orange fins, and what look like a big mouth and a pair of eyes, the Qianlong III might seem like a character in "Finding Nemo."

But rest assured that China's newest unmanned submersible — the latest in the Qianlong line of autonomous underwater vehicles — isn't designed just to be cute. The new AUV is designed to go farther and deeper underwater and maneuver more deftly than its predecessors, which will allow researchers to gather data for underwater mining, among other uses, according to China Daily.

The Qianlong III successfully completed its first test dive in the South China Sea in April. It stayed underwater for nine hours and reached a depth of nearly 12,800 feet (3,900 meters). It's designed to go even deeper, down to nearly 14,800 feet (4,500 meters), China Daily reports.

The AUV's resemblance to a clown fish is no accident, as it turns out, according to a news release on the website of the Chinese Academy of Sciences, whose Shenyang Institute of Automation developed the Qianlong line of vehicles. The Qianlong III's stripes enable researchers to spot and retrieve it more easily from the depths, and the mouth holds a sonar system that enables the craft to navigate and avoid obstacles. The holes that appear to be eyes actually house propellers that enable the craft to maneuver. And the ersatz tail fins actually contain sensing equipment that detects changes in the mineral content of seawater.

The craft can stay underwater for up to 30 hours, and it's designed to be quieter and more energy-efficient than its predecessors.

"Qianlong III's high-performance will improve our country's deep sea investigation capabilities and efficiency, and more original scientific results are expected to be gained in this area," Cai Wei, the chief scientist for the recent expedition, said in an article on China.org.cn., an official government website.

Now That's Interesting
China also is interested in building the deep-sea equivalent of a space station, according to this 2017 South China Morning Post article.

You Can't Take Your Fancy Self-Driving Car Out of the City, Yet 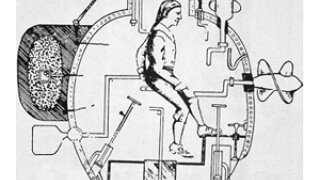 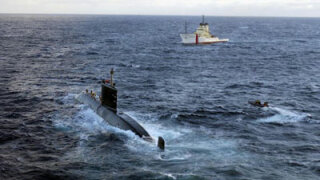 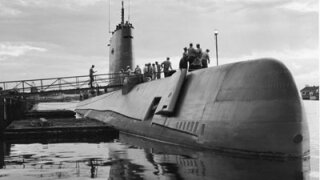