Almost 56 million years ago, a mysterious release of carbon into our atmosphere caused temperatures on Earth to rise between 5 and 9 degrees Centigrade over the course of a few thousand years. This super-accelerated warming event, called the Paleocene-Eocene Thermal Maximum (PETM), is generally considered the fastest global heat-up in the geological record — with the exception, of course, of the one we're cooking up right now.

Humans are currently unleashing 10 times the amount of carbon that caused the PETM to melt all the Earth's ice, driving some organisms to the poles and others to extinction, just 10 million years after the dinosaurs bought the farm. But if we want to put our current climate-changing predicament into historical perspective, the PETM is the most relevant example we've got to compare our situation to. As a result, scientists are interested in what caused this warming event. A paper published today in the journal Science contributes evidence to the building case that the origins of the PETM might have been extraterrestrial. After all, it was a meteor that triggered the climate disruption that killed off the dinosaurs.

Researchers have found apparent remnants of an extraterrestrial impact some 55 million years ago, in cores from three locations in southern New Jersey, and in a deep-seabed core off Bermuda.
Schaller et al., Science, 2016

The most commonly accepted current theory about the genesis of the PETM involves a sudden increase in volcanism spewing out tons of carbon over thousands of years. But the researchers say they've discovered some unusual geology in New Jersey that could provide evidence the sudden warming was precipitated by a comet colliding with the Earth.

"This could be ground zero," says coauthor Dennis Kent, a researcher at Columbia University's Lamont-Doherty Earth Observatory and Rutgers University, in a press release. "It got warm in a hurry. This suggests where it came from."

In suburban New Jersey, in a layer of clay deposited around the beginning of the PETM, the researchers found microtektites — glassy beads that form from terrestrial material when an extraterrestrial object hits the Earth. Similar tektites were found in deep-sea beds near Bermuda. Depending on the size of the object, these little glass droplets can spray out many thousands of miles in every direction from the impact point. The researchers hypothesize that a comet hit our planet at the beginning of the PETM, bringing with it its own supply of carbon — and vaporizing carbon-containing sediment here on Earth upon impact.

Although these two carbon sources alone wouldn't have accounted for the dramatic warming event that followed, once a bunch of greenhouse gas is released into the atmosphere, as we modern earthlings have been observing in real time lately, it destabilizes and releases other greenhouse gases like methane locked up in permafrost or under the seafloor.

"It's an event with a lot of consequences that would have unfolded in various aspects over seconds, minutes, hours, months and years," says Kent.

The research team has not yet found the comet's crater — the microtektites are not densely distributed in the clay layer, which means the comet could have been fairly small, or might have struck far from modern New Jersey. In addition, these findings don't explain much about how the carbon was released during the PETM or how long it took, but the research team hopes the find will prove helpful in ultimately solving the PETM puzzle.

And solving that puzzle may shed light on our current situation. The only other time we've seen a warming climate spike like the PETM? Right now, friends. And if you look around, there's been neither massive volcanic activity nor catastrophic comet strike — just you and me and everyone we know operating cars, building factories, mining the Earth and flying in planes.

Now That's Interesting
The PETM was a golden age for mammals. Many modern mammal groups showed up during this time, including our primate ancestors.

Will This Election Season Become Known as 'The Great Unfriending'?

Will This Election Season Become Known as 'The Great Unfriending'? 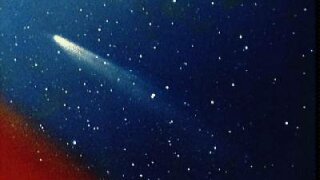 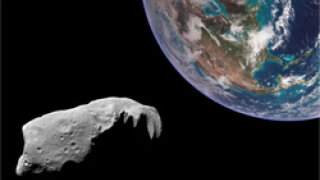 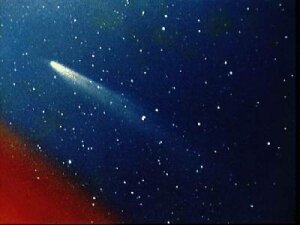 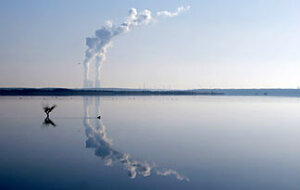