$58 Million Could Land You on International Space Station 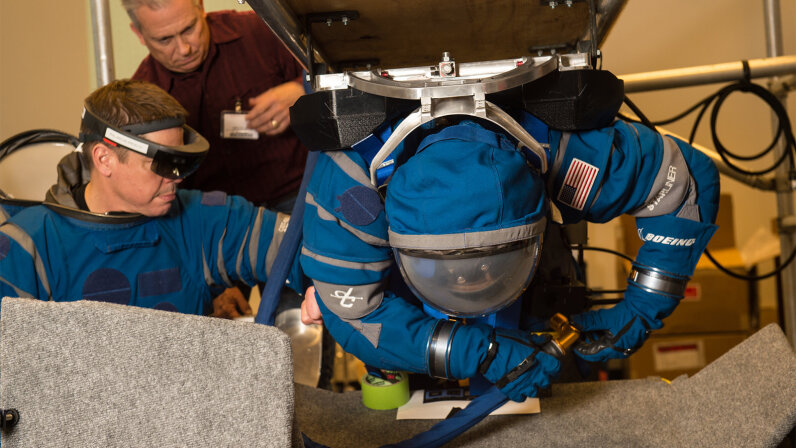 If you've fantasized about becoming an astronaut and flying to the International Space Station, NASA is willing to help you achieve that goal. And it probably will set you back only about, um, $58 million.

The U.S. space agency announced last week that it will allow "private astronaut" missions to the ISS, in which non-NASA space travelers will fly on a private spacecraft developed under NASA's Commercial Crew Program. Two private astronauts will be allowed to fly each year and spend up to 30 days on the ISS. The first such flight could come as early as 2020.

NASA's specifications for the program require companies to submit detailed proposals for private astronaut missions, in which they describe what activities the private visitors will participate in on the ISS, what sort of equipment and resources they'll need, and what their level of training will be. Once the agency decides that the proposed mission is feasible, it will work with the company to make it all happen.

Although the NASA announcement or the specifications didn't spell it out, numerous news media reports interpreted it to mean that the agency is going to allow space tourists to go to the ISS. It wouldn't be the first. Numerous space tourists have flown on Russian spacecraft to the ISS since 2001, and Roscosmos, the Russian space agency, announced in February that it will fly private astronauts in 2021, following the route taken by Soviet cosmonaut Yuri Gagarin, the first human to reach space in 1961.

Learn more about space stations in "Space Stations: The Art, Science, and Reality of Working in Space" by Gary Kitmacher. HowStuffWorks picks related titles based on books we think you'll like. Should you choose to buy one, we'll receive a portion of the sale.

Now That's Interesting
According to NASA's price list, space crews with private astronauts will pay an additional $22,500 per day for vital necessities such as food, air, a medical kit and exercise equipment, among other items. They'll also pay another $11,250 to use the toilet and have wastewater recycled. If they want to download data to Earth, it'll cost them $50 per gigabyte.