Could a Galactic Civilization Survive the End of the Universe?

by Robert Lamb Jul 18, 2018
Galactic civilizations looking to postpone the end of the universe may be wise to stock up on a few stars like our sun. Corey Ford/Stocktrek Images/Getty Images

If you're reading this, then you're probably a 21st-century human with only a sort of naval-gazing curiosity about the end of the universe. But it's also possible that you, gentle reader, are an immortal member of a galactic civilization in a distant future. As you stare down the cosmic apocalypse, you've paused to examine some ancient internet writings for possible answers.

If you're the former, then have a listen to the recent Stuff to Blow Your Mind podcast episode "Galactic Civilization's End." But if you really are an immortal transhuman from the end of time, then hang on for some possible ideas from the show.

Bear in mind that the podcast hosts recorded this episode during the early 21st century and therefore were limited by the scope of current science and technology. Meanwhile, you're part of a galaxy-spanning civilization that can harness the powers of entire stars. But who knows? Perhaps they hit upon a hypothetical solution that you missed.

Back in 2018, humans were unsure exactly how the universe might eventually snuff itself out. First, they had a couple of older notions: the big freeze and the big crunch. In an expanding universe, the idea was that either things would expand forever or eventually spring back and contract. If it just kept expanding, the heat death of the universe would ensue. If it contracted, everything would crash back down into a fiery singularity.

As Robert and Joe discuss, physicist Freeman Dyson proposed a few strategies back in 1979. To counter the big crunch, he wondered if a highly advanced civilization might be able to "break open a closed universe and change the topology of space-time so that only a part of it would collapse and another part of it would expand forever." At the time he contended that such an advanced civilization would be able to roll with eternal expansion as well, but a later development changed everything.

Because in 1998, humans discovered that universal expansion wasn't only ongoing, it was also accelerating. BBC writer Adam Becker reached out to Dyson in 2015 on the matter and Dyson said that he's less optimistic, and the rosiest possibility was that the acceleration will slow down on its own. Otherwise, the universe will simply become too spread out and too cold.

In 2018, astrophysicist Dan Hooper pondered the question of a galactic civilization's long-term survival and contended that annihilation might at least be postponed with a little hoarding. In the same way that a doomsday prepper might collect and save canned goods, so too would a highly advanced civilization hoard up on suns. They could yank manageable mid-sized stars (such as Earth's own sun) and drag them to regions of space for safekeeping.

If star-jacking isn't your style, physicist Alan Guth – who, by the way, developed cosmic inflation theory – told the BBC that a galactic civilization might be capable of creating its own pocket universe. Escape into that and you might just avoid the fall of the previous universe.

These are just a handful of schemes you might employ to avoid cosmic stagnation – and they don't even contend with the big change or the big rip, in which the universe you know and love either cools due to an emergent low-temperature vacuum bubble or is shredded by dense, phantom energy.

Look, you may rule as star masters of a distant future, but there might be no winning this thing after all. The universe, as we understand it, will last an incredibly long time before it changes, rips, crushes or wears thin. But conditions are going to get pretty dire out there. Let's hope you have a few stars set aside when that happens.

Now That's Interesting
Astrophysicists often discuss hypothetical alien or future civilizations in terms of their energy capabilities. Russian astrophysicist Nikolai Kardashev created a scale of 0-3. Type 1 civilizations have mastered the net energy of a planet. Type 2 civilizations command the power of a star. Type 3 civilizations, godlike in their abilities, have the power of a galaxy at their disposal. If you haven't guessed by now, that leaves humans at the Type zero stop.

How Right to Try Bypasses the FDA

Dog Trancing: You're Gonna Need to See This Video 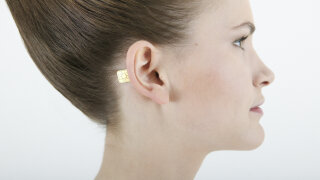 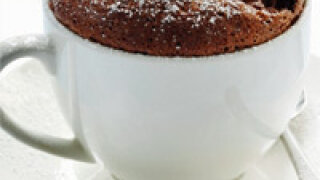 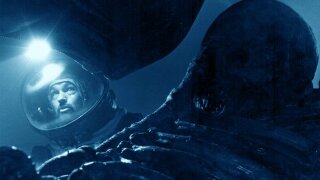 Sorry, but Earth Is a Spark of Life in a Yawning, Dead Universe