Browse the article Why are there dozens of dead animals floating in space? 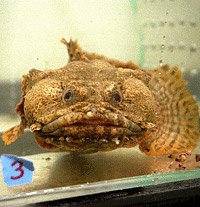 On July 20, 1969, Neil Armstrong became the first man in history to step on the surface of the moon. Millions of people tuned in to a broadcast of the event, and after Edwin "Buzz" Aldrin Jr. joined Armstrong, the two spent about two and a half hours gathering lunar rocks to bring back for analysis. The success was a triumph, not just for the United States, but for mankind, the imagination and the possibilities of exploration.

What many people don't know, however, are the special sacrifices that had to be made in order to get astronauts up into space at all. The major unsung heroes of space exploration, it turns out, are animals.

Before space programs started sending people up into orbit, scientists couldn't agree on what it would be like for a living organism to leave Earth's atmosphere. What would be the effects of weightlessness on a mammal? How would the body handle radiation from the sun? Instead of sending people up in such a risky situation, the United States and Russia sent monkeys, chimps, dogs and other animals into space in order to analyze such effects.

Unfortunately, since it was so early on in the space race, the design process for constructing the vehicles was trial and error -- if launches or reentry procedures were faulty, the animals had little chances of survival. In some cases, the spacecraft in which the animals flew were never recovered, leading many to suspect there are still several abandoned ships floating in orbit among space junk with their original furry cargo. 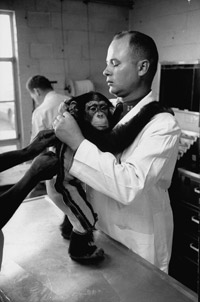