Can we detect water on exoplanets? 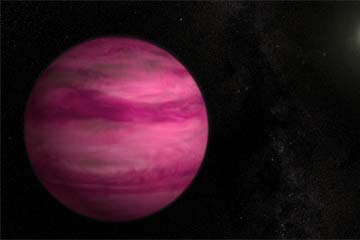 When it comes to astronomy, the good old days aren't so old. We've been studying the heavens for centuries, but our technology is still getting better. While we only discovered an exoplanet (that is, a planet not supported by our solar system) for the first time in 1992, scientists were pretty darn quick to figure out ways to determine the composition of some of Earth's far-distant cousins [source: Encyclopedia Brittanica].

Back in the day, we could only determine whether a planet had water by watching it pass in front of its host star during orbit, or by collecting imaging data from planets far enough away from their host stars [source: Caltech]. That worked reasonably well, but (luckily for us) there were too many cool planets to explore that just didn't fit that specific description.

What we really needed was a way of looking at planets — outside of super-specific time periods and parameters — that would give us the same concept of what a planet's atmosphere consisted of, and whether water was a part of it. But how do we get a good look at the light of a planet or star when we can't track its transit? We look at the non-visible light it emits in the infrared spectrum. That information can then be compared to modeling data to gather all kinds of information about the planet.

Let's take the planet Tau Boötis b as an example. Found in 1996, Tau Boötis b was the first planet found not by watching its transit (it doesn't pass in front of its star), but by noticing it exerted a bit of a pull on its star. Using this new spectroscopic technique, scientists were able to confirm its orbit.

And here's where the water comes in. Scientists were also able use the infrared spectroscopy to look at radial velocity variations (an analysis of the light spectrum) to determine that water was present. Different molecules absorb light at different wavelengths; by analyzing the specific spectra, scientists can conclude what molecules are present [source: Caltech].

So nope, we're not sending probes into the gases of exoplanets and expecting them to come back with wobbling cups of water. And though telescopes like the James Webb Space Telescope (slated for a 2018 launch) will be delivering a lot more information about even more "hospitable" (read: water-friendly) planets, telescopes that will make quick work of observing the conditions that indicate water on a planet are still a ways off .