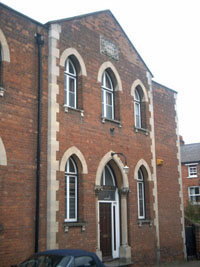 By the 1700s, the Freemasons had evolved from a trade guild into an organization of men with a very distinct philosophy. They favored religious tolerance over the strict dictates of the Catholic Church, and they enjoyed intellectual discourse with their brothers. Freemasonry was becoming highly fashionable, and its membership was changing. While at first only “operative,” or working Masons could join the organization, aristocrats and artists, called “speculative” Freemasons, were starting to gain entry. They were turning the Freemasons into something of a gentleman’s club.

The modern Freemasons were born in 1717, when four Freemason lodges in London, England combined to form the first Grand Lodge, which had authority over all other lodges in that country. Grand Lodges soon followed in Ireland, Scotland and Italy, and by the 1730s they had popped up throughout Europe. In 1723, a Scottish Freemason named Dr. James Anderson wrote the “Constitutions of the Freemasons,” the first official set of bylaws and rituals for the group. Some men believed that the Freemason rituals held the secrets of the universe, passed down directly from God.

Although the Freemasons were very pleased with the society they had created, not everyone shared their enthusiasm. Both the government and the church were suspicious of the organization’s secrecy and liberal religious beliefs. In 1737, King Louis XV banned the Freemasons in France. A year later, Pope Clement XII forbade Catholics from becoming Freemasons on penalty of excommunication, and the Portuguese government made Freemasonry punishable by death.

The Freemasons refer to themselves as a "brotherhood," and for good reason -- women are not allowed to join. Women were excluded from the group in the 1700s, in part because the Freemasons were afraid the fairer sex would distract them from the tasks at hand and would reveal their secrets. There are a few incidences in which women were admitted, such as Elizabeth Aldworth, who in the early 1700s was inducted into a lodge in England after she was caught eavesdropping on a meeting. Today, there are a few women's groups that are connected to the Freemasons, such as the Order of the Eastern Star.

In the next section we'll learn about the Freemason's arrival in the new world and the development of new Freemason lodges in America after the Revolution. 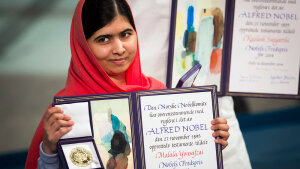 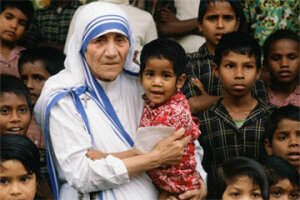