Browse the article Do a Person’s Fingerprints Change After Death? 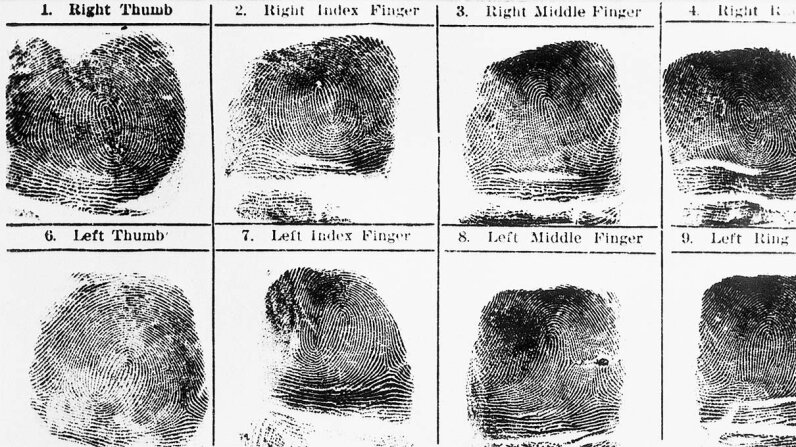 Fingerprints are used for everything from driver's licenses to unlocking our phones, but how durable are they after we die? Bettmann/Getty Images

If you're a fan of the Amazon Prime series "Bosch," you probably remember that grisly scene in season 4 in which Los Angeles Police Department detective Harry Bosch goes to the morgue and presses a corpse's thumb to the screen of a mobile phone, in an effort to unlock it and see if there are any clues in the murder victim's data.

In the show, at least, the trick works like a charm. In real life, as detectives in Florida discovered in a recent case described in a Tampa Bay Times article, it's not necessarily so easy to pull off. Once tissue is dead, it loses all its electrical charge and will fail to activate a phone's fingerprint sensor, making it impossible to unlock.

That may lead you to a few questions. Do a person's fingerprints change after death, and for how long after his or her demise is it possible to utilize those prints for identification?

If you're a devotee of crime fiction, you probably think of a person's fingerprint as something that doesn't change. But in fact, a study published in the July 14, 2015 edition of Proceedings of the National Academy of Sciences found fingerprint identification becomes less reliable as the time interval between two sets of prints being taken increases, which suggests that the ridges on a person's fingertips may actually change slightly over the course of a person's life.

Even so, identifying a living person from fingerprints — or a freshly dead one, whose body is well preserved — still seems to work pretty dependably. In the case of a dead person, it may mean forcibly straightening fingers stiffened from rigor mortis, and using a special curved tool that allows a print to be taken without rolling the fingertips, according to this book chapter from the website of the National Criminal Justice Reference Service

But as the above primer details, the job becomes a lot more difficult with a corpse that's undergone some degree of decomposition or desiccation (that is, drying out), or has soaked in water so that the skin has softened. But that doesn't mean it's impossible. Medical examiners can surgically remove a dead person's hands or fingers and send them to a lab where other, more advanced techniques can be employed. For skin that's badly deteriorated, for example, it may be possible to use silicone putty to make a casting that captures the detail of the fingerprint ridges. Those impressions can then be photographed and used in identification.

Scientists have gotten pretty good at this kind of stuff. In a study published Nov. 5, 2013 in GMS Interdisciplinary Plastic and Reconstructive Surgery DGPW, researchers looked at the effectiveness of a technique called thanatopractical processing, in which fluid is extracted from other parts of a body's remains and used to restore tenseness and volume to the fingers in order to plump them for printing. Of 400 bodies in various stages of decomposition, it was possible to obtain fingerprints that could be submitted to the Automated Federal Identification System in about three quarters of the cases. In another 11 percent of cases, good enough prints could be obtained to at least eliminate possible matches.

How long do fingerprints remain usable? There isn't a lot of research on that subject, unfortunately. But a study published Dec. 22, 2016 in IEEE Xplore and described in a 2017 USA Today article, usable biometric data has been obtained from corpses dead for up to four days in warm weather and as long as 50 days in wintertime.

Now That's Interesting
According to Apple's website, Touch ID won't work by itself after it has gone unused for 48 hours. At that point, a passcode or password must be entered for additional validation in order to unlock a phone.