by Christopher Hassiotis Feb 13, 2016
Artist impression of the HD 142527 binary star system; the two dots in the center represent the stars, while the red arc above is where potential planetary formation is taking place. B. Saxton (NRAO/AUI/NSF)

The discovery of planets orbiting stars beyond our solar system is coming at a faster rate than ever before, but that makes each new planet found no less thrilling. New images coming in from 450 light-years away may reveal a planet – or a planetary system – beginning to form around a binary star system.

A composite image of the HD 142527 binary star from data captured by the ALMA radio telescope shows a distinctive arc of dust (red) and a ring of carbon monoxide (blue and green).
Andrea Isella/Rice University; B. Saxton/NRAO/AUI/NSF; ALMA/NRAO/ESO/NAOJ

Andrea Isella, an assistant professor of physics and astronomy at Rice University, studies the formation of planets. He analyzed the binary star known as HD 142527, located in the Scorpius-Centaurus cluster of young stars. It's long been known that the star – actually two stars intrinsically linked – is shrouded in a cloud of planetary potential: a crescent-shaped corona of dust, gas and ice.

Most of the ring around HD 142527 is carbon monoxide gas, but about a third of it – pictured in renderings in red – are dust and ice. The theory is that carbon monoxide molecules in the cloud freeze in the dust, and clump together over millions of years to create a planet.

"The temperature is so low that the gas turns into ice and sticks to the grains," said Isella. "This is important for planet formation. The solid dust needs to stick together to form a bigger body that will eventually attract more rock and gas gravitationally."

Scientists once believed a binary star system's environment would be too unstable to support planet, but a number have been discovered over the past decade.

Isella and his team used the new Atacama Large Millimeter/submillimeter Array (ALMA) radio telescope in Chile to detect information invisible to optical telescopes. He delivered his findings at the annual meeting of the American Association for the Advancement of Science.

Now That's Interesting
The type of ring spotted around this binary star's called an accretion disk, and it's the same sort of phenomenon also used to spot black holes.

Volvo's Death-proof Promise Is Nothing New 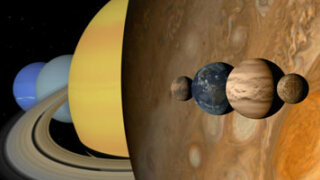 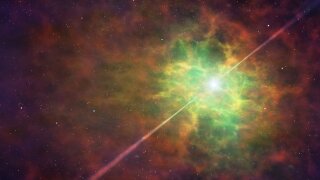 Can a planet have two suns? [VIDEO]