by Jesslyn Shields Aug 16, 2017
A new policy has subway conductors in New York City telling passengers the truth about why their trains are delayed. Daniel Barry/Getty Images

Would you rather be lied to, if the truth is kind of ugly? Wait, you don't have to answer that, especially if you're a resident of New York City, because the choice has already been made for you. At least when you ride the subway.

The Metropolitan Transportation Authority (MTA), the agency in charge of New York City's storied subway system, recently made the decision to tell passengers what's really going on when their train grinds to a standstill for 45 minutes.

Until recently, communication between the MTA and passengers on the trains was conducted through a few canned explanations that described, in the most general possible terms, what was happening on the tracks. Delays might be caused by something like "police activity" or "train traffic ahead." But, as the New York Daily News reported earlier this summer, the "train traffic ahead" line is vague and often untrue, calling the phrase the "biggest lie told in New York City each day to the largest number of people."

Not anymore. The MTA has suddenly started getting specifically, trenchantly real with its passengers as a result of a delay which stranded hundreds of panicked passengers on dark, stuffy trains for the better part of an hour. The reason for that delay was a broken down train on the F line, and footage of the event looks terrible, with passengers pleading to be let out of sweltering cars, poking their fingers through the cracks between doors to let cool air in. And the reason the MTA recording gave them for their suffering? "Train traffic ahead." But the MTA's new chairman has changed that.

Joseph Lhota, who previously served as the MTA chairman when he brought the agency through the Hurricane Sandy debacle, has been asked back to help manage problems like increasingly common delays and crumbling infrastructure. He has chosen to deal with passenger outrage by having subway conductors just tell it like it is, whether it's because a passenger jumped in front of a train or because the police are trying to remove a feral cat from one of the cars.

Lhota promised specifics, and that's what New York subway passengers are getting. And so far, customers seem satisfied. Because wouldn't you prefer to know your ride to work is delayed because a fight broke out on the train in front of you than because of "train traffic ahead?"

At the very least, it gives you something to think about while you wait.

Could this policy of brutal honesty work in other cities with busy subways, like London and its Underground system?
justintanwy/Getty Images
Now That's Interesting
The New York City subway opened in 1904, and is one of the oldest, longest and most used public transit systems in the world.

The Opioid Crisis Is Hitting Some States Especially Hard

Is the Meatball Ikea's Secret Weapon? (And Other Surprising Facts) 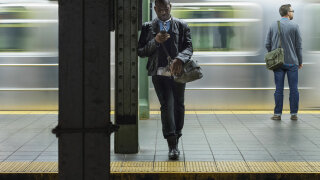 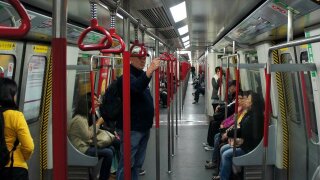 When Will U.S. Subway Design Catch Up With the Rest of the World? 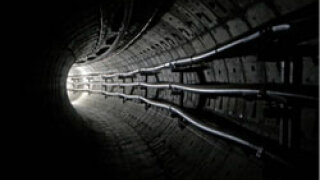