by Michelle Konstantinovsky Aug 7, 2020
With PROTEUS, Fabien Cousteau hopes to address the fact that only 5 percent of the world's ocean area has been explored by creating an underwater habitat suitable for research and human habitation. Fabien Cousteau Ocean Learning Center

Fabien Cousteau had some big shoes to fill (or flippers, as it were). As the grandson of famed sea explorer, conservationist and scuba pioneer Jacques Cousteau, Fabien spent his early days aboard his grandfather's ships, Calypso and Alcyone, and felt drawn to the oceanic family legacy. Today, he's fulfilling that dream with PROTEUS​, which he calls "the world's most advanced underwater scientific research station and habitat to address humanity's most critical concerns: medicinal discoveries, food sustainability, and the impacts of climate change."

"There wasn't pressure placed on me to follow in the family finsteps," Cousteau says via email. "But growing up diving, starting at the age of four, and then taking adventures on the Calypso made for the most incredible classroom. I learned so much from my grandparents and the other crew members. Having that access to the ocean and its marine life was unparalleled. Today, I maintain that same wonder I had as a kid — I'm still in awe of observing everything that the ocean has to offer and teach us."

What the ocean has to teach is largely still unknown — according to Cousteau, only 5 percent of it has been explored. With PROTEUS, he's hoping to change that. A project of the Fabien Cousteau Ocean Learning Center (FCOLC), PROTEUS was conceived as the underwater version of the International Space Station. Upon completion, the project will serve as a collaborative platform for researchers, government agencies and corporations throughout the world.

Fabien Cousteau, the first grandson of Jacques-Yves Cousteau, is an aquanaut, ocean conservationist and documentary filmmaker. He spent his early years aboard his grandfather's ships, Calypso and Alcyone, and has followed him into a life of ocean exploration.
Fabien Cousteau Ocean Learning Center

The concept was born from Mission 31, a June 2014 expedition that set a record for the most days lived underwater (breaking Jacques' 30-day record by one day). Taking place at Aquarius, the world's only underwater marine laboratory located 9 miles (14 kilometers) off the coast of the Florida Keys, and 63 feet (19 meters) beneath the sea. The journey produced 12 scientific studies and 9,800 published articles from universities, including Northeastern, MIT, University of North Florida, and sparked the idea for PROTEUS.

"PROTEUS was very much a 3 a.m. dream," Cousteau says. "After visiting [oceanographer] Dr. Sylvia Earle on Aquarius and then leading Mission 31 there in 2014, I saw that more was needed to accommodate aquanauts for longer — and that more could be done to address additional needs that come with underwater living."

The goal is to make PROTEUS approximately eight times the size of Aquarius and address the multitude of challenges that accompany underwater living — like cooking. "You can't cook with open flames underwater," Cousteau says. "But PROTEUS will have the first underwater greenhouse, which will allow us to grow fresh produce. And living underwater, you burn three times as many calories as you do on land."

Culinary adventures aside, PROTEUS is set to transform the landscape of ocean exploration when it does debut (no official launch date has been announced). "What empowers so many of my decisions is making a better planet for our youth to grow up in," Cousteau says. "PROTEUS will contain a state-of-the-art production studio, which will allow us to create incredible videos onsite and livestream with classrooms across the globe. On Mission 31, we connected with over 100,000 students on all continents — and PROTEUS will be able to expand on that outreach."

Cousteau and his colleagues envision PROTEUS as the first of a series. When it debuts, it will be located off the coast of Curacao, in a biodiverse marine protected area in the Caribbean, about 60 feet (18 meters) beneath the surface of the water. It will encompass 4,000 square feet (372 square meters) of space and accommodate up to 12 research scientists at a time. FCOLC plans to make it available for academics, private companies, scientists and nongovernmental organizations that are involved in ocean exploration and research and development.

"It starts with more people making the connection between the ocean and humans," Cousteau says. "The ocean is where life itself originated — and it regulates so much of what we experience all of the time, every day: from providing oxygen to nourishment to providing countless jobs in trade and tourism. The live streams that PROTEUS will offer will lead to more people understanding what is going on down there is very much connected to what is experienced up there, on land, every day. PROTEUS will be the first in a series of underwater habitats, leading to unparalleled research and discoveries — and allowing for global collaboration amongst the most brilliant minds."

As Cousteau and his team continue to work toward building a new frontier in ocean exploration, he regularly reflects on his family legacy. "As I continue to learn and discover more about the ocean, I keep in mind my grandfather's quote: 'People protect what they love, they love what they understand, and they understand what they are taught,'" he says.

The PROTEUS model, as seen from the backside.
Fabien Cousteau Ocean Learning Center
Now That's Interesting
Scientists can safely take advantage of PROTEUS thanks to something called "saturation diving," which allows divers to live in an underwater habitat for extended periods through the equalization of gases in the bloodstream. Saturation diving can allow up to 8-12 hours underwater per day, while SCUBA diving only allows for about 2-3.

Spanking Has Declined Sharply in the U.S. in Last 25 Years, Study Finds 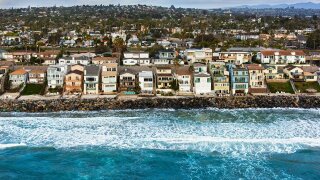 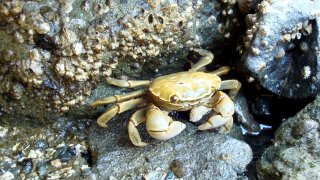 Prozac Making Its Way Into Oceans Might Be Affecting Crab Behavior 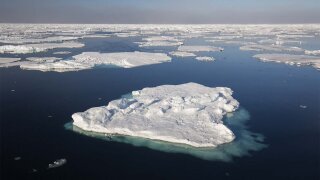