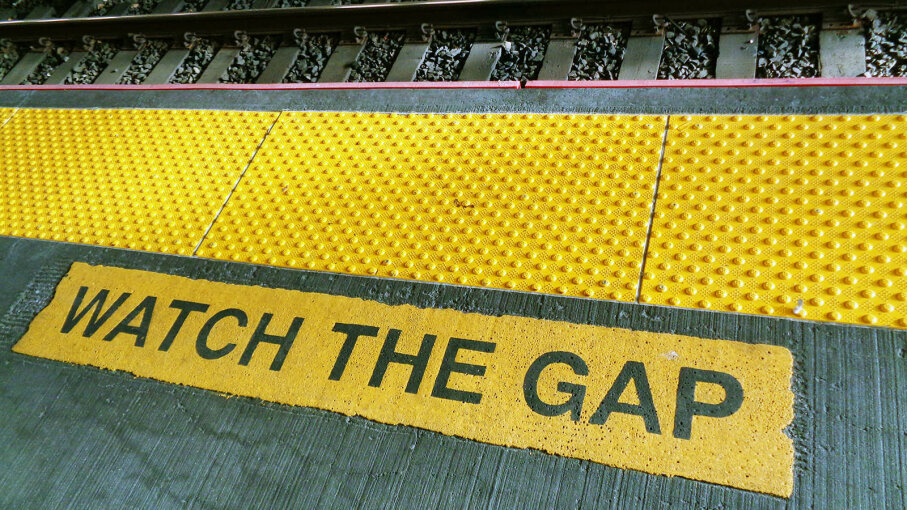 Seiichi Miyake invested his own money into an innovation originally known as Tenji blocks. Wikimedia Commons

Navigating city streets can be chaotic for any pedestrian (raise your hand if you've ever come this close to being hit by an overzealous driver with no regard for your right of way). But for people with visual impairments, traversing sidewalks and street crossings can be exponentially more difficult and dangerous. Thankfully, a man named Seiichi Miyake created an invaluable tool that's helped make things a whole lot safer through the decades.

Inspired by a close friend who was slowly going blind, Miyake, a Japanese inventor, invested his own money into an innovation originally known as Tenji blocks. Now more commonly referred to as tactile blocks/domes, the bright bumpy surfaces are like braille on pavement. They're intended to alert visually impaired pedestrians of upcoming dangers, like sidewalk curbs and train platform edges.

While those with severe sight loss aren't able to perceive the bumps' signature colors, they are able to detect the texture with their shoes or with the use of a long cane or guide dog. Two years after Miyake created the concept, the first tactile domes were installed in 1967 along a highway near the Okayama School for the Blind. A decade after that, every Japan Railway platform was modified to include Miyake's invention.

The system became a common requirement in the 1990s throughout many countries, including the U.K., the United States, Australia and throughout Asia.

While you might be familiar with the common surfaces, you may not realize there are actually two different types of textures to Tenji blocks: dots and bars. The dotted blocks are the ones intended to inform those with visual impairments about upcoming hazards like crosswalks. But the bars do something different: They're meant to give directional cues so people know they're on a safe path. The Americans with Disabilities Act (ADA) requires public spaces like sidewalks, crosswalks, curb ramps and rail station boarding platforms to include Miyake's invention.

Now That's Interesting
According to the most recent data from the World Health Organization (WHO), there are 285 million people with visual impairments throughout the world, 39 million of which are blind.