by Kate Kershner
Prev NEXT
2

Your breath has been shared by many before you. 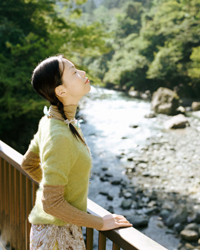