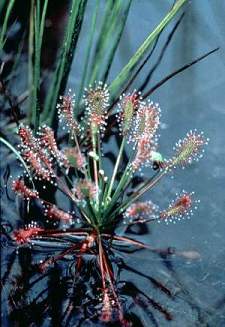 Sundew is one of the 14 species of insectivorous plants found in the Green Swamp Preserve in North Carolina.
Photo courtesy of N.C. Chapter, The Nature Conservancy

The North Carolina Chapter, led by executive director Katherine Skinner, is supported entirely by dues from its 26,000 members, foundation grants and tax-deductible donations from individuals and corporations.

The N.C. Chapter works with the state-supported N.C Natural Heritage Program (located within the Division of State Parks) to identify and inventory unique natural areas and habitats. The chapter sets protection priorities based on information gathered by the Heritage Program.

Generally, Lynch said, Conservancy work falls into one of two categories -- preserves and projects. Most Nature Conservancy preserves are only open for visitation through a year-round, guided field trip program that is advertised in the membership publication, North Carolina Afield. Volunteers lead most of the trips so the schedule varies from season to season. Some Conservancy-managed preserves allow people to visit on their own. Nags Head Woods Ecological Preserve and Grandfather Mountain are readily accessible to visitors and have self-guided trail systems and visitor centers. The Black River and Roanoke River and swamps may be explored on your own by boat.

North Carolina's largest preserve is the Green Swamp Preserve, a 15,907-acre site in Brunswick County. In 1977, soon after the N.C. chapter was formed, 13,850 acres of the Green Swamp, a National Natural Landmark (NNL), were donated to the Conservancy by the Federal Paper Board Co. (The company donated another 2,577 acres in the late 1980s and the Conservancy purchased even more later.)

Experts say the Green Swamp Preserve contains some of the nation's best examples of longleaf pine savannas. These open savannas are special because they have a diverse herb layer with many orchids and insectivorous plants (plants that rely on insects as food). However, almost 13,000 acres of the preserve consist of a thick evergreen shrub bog, or pocosin, that is dominated by gall berry, titi trees and sweetbay (an American magnolia).

The Green Swamp is said to contain at least 14 species of insectivorous plants, including large populations of Venus's-flytrap, sundew and four species of pitcher plants. The life cycles of many of the preserve's plants are tied to fire, scientists say. For example, pond pine cones burst and release seeds when they are exposed to extreme heat. And in order to germinate and grow, longleaf pine seeds require bare ground and plenty of sunlight -- typical traits, experts say, of plants that evolved in a landscape with frequent (often lightning-ignited) fires. (That's why the scientific re-introduction of fire into these areas through prescribed burning is important.) The grasses, orchids and insectivorous plants have roots that are protected from the hottest fires.

Among the rare animals making their homes in the preserve are the American alligator, the fox squirrel, Henslow's sparrow, Bachman's sparrow and Hessel's hairstreak butterfly. The (federally listed) endangered red-cockaded woodpecker (it takes its name from the male's tiny red spot behind the eye) is one of the rarest inhabitants of the swamp.

Interestingly, this bird nests in old-growth longleaf pines with red heart disease. Scientists say the woodpecker prefers this home because it can drill a nesting cavity in the softened core of the trees. The woodpecker's tree of choice is easily spotted because of the shiny, sticky resin around the cavity that keeps eggs and young safe from predators. It takes these birds from one to five years, returning to the same tree as long as sap continues to flow around the opening, to complete their nest. "Since they are so picky about their living quarters, protecting their habitat is critical to ensuring their survival," Lynch said.

Conservancy staff from the nearby Wilmington office manages conservation efforts at the preserve -- efforts that include installing red-cockaded woodpecker nest boxes, conducting prescribed burning and restoring pine plantations to longleaf pine savannas. (This management is supported by the estate of Harry Patrick Gold and Erma Green Gold.) Check the N.C. chapter's Web site for directions to the preserve. 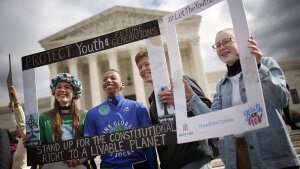 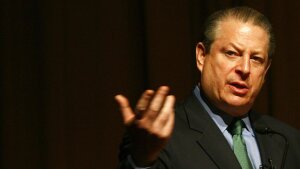 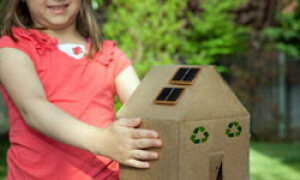