In April of 2010, a BP oil rig called Deepwater Horizon was drilling a well in the deep waters of the Gulf of Mexico when a mixture of mud and gas suddenly flooded the decks and combusted.  The Deepwater Horizon turned into a ball of flame, and the disaster led to the oil spill that's now considered to be the largest man-made ecological disaster in history.

That happened more than six years ago, and though the laundry list of long-term damage to marine wildlife is long, the ecological consequences for terrestrial ecosystems hasn't been shown as clearly until now. A newly published study in the journal Environmental Research Letters shows that oil from the Deepwater Horizon spill has made its way into the body tissues of seaside sparrows (Ammodramus maritimus), a year-round resident of Louisiana marshes.

"At first, you may not imagine that a terrestrial bird would be impacted by an oil spill in the ocean, but in nature boundaries are often blurry," said co-author Andrea Bonisoli Alquati of the California State Polytechnic University, Pomona, in a press release. "As a result, contaminants that are supposed to stay in aquatic environments can make it 'onto' land."

More than a year after the disaster, Bonisoli Alquati, who was at Louisiana State University at the time of the 2013 research, and his team collected feathers and gut contents from seaside sparrows. They surveyed birds living in the marshes most affected by the oil spill, where there was a notable dip in the sparrows' reproductive success.

Using carbon dating methods, they found the birds living in the hardest-hit marshes had carbon from Deepwater oil in their gut contents and feathers.

No surprise, right? Well, probably not to ecologists, but despite their name, seaside sparrows are birds that live on land. That makes the fact that they were found to have oil in their tissues a year and a half after the spill a little more alarming. These birds live in the marsh, but eat insects and spiders and aquatic prey, which either eat other insects and spiders or just grass.

Oil in the marshwaters in the Gulf of Mexico years after the Deepwater Horizon disaster.
Andrea Bonisoli Alquati/Cal Poly Pomona

So, although the oil probably inconvenienced these birds to no end during and directly after the spill by gumming up their habitat and affecting their food source, the study suggests that both direct exposure to oil and indirect exposure through the environment were together most likely responsible for their reproductive struggles in the years after the spill, though the study can't yet pinpoint how the oil in the birds' feathers and tissue got there, even though it's definitely there.

"We tend to think of terrestrial ecosystems as safe from oil contamination. However, the boundary between marine and terrestrial ecosystems is much less defined than we assume,"  said Bonisoli Alquati in a press release put out by Louisiana State University. "Species that live at the boundary are not only vulnerable to the toxic effects of oil, but they can also be responsible for the transport of oil into the terrestrial food webs. Future risk and damage assessments should incorporate an evaluation of the potential threat to terrestrial wildlife from oiling operations and oil spills."

Now That's Tragic
Oil rigs like the Deepwater Horizon have so many safety defenses, many thought a blowout would be next to impossible. However, due to several small safety oversights, the whole rig caught fire and sank, killing 11 people.

7 Weird Instances of Food That Looks Like Something Else

How Ordinary Citizens Can Get Congress to Actually Listen 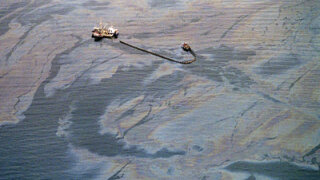 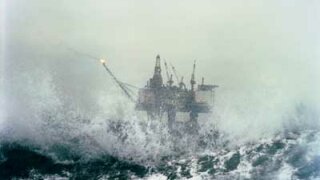 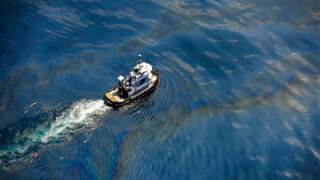