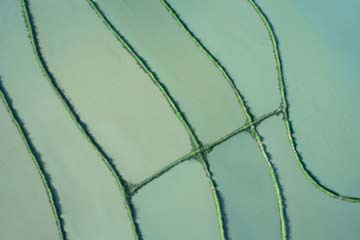 In 2010, the FOA estimates people will consume more than 427 million tons of rice (388 million metric tons) which averages out to about 125 pounds per person (57 kilograms). In other words, it's an important staple crop.
Comstock/Thinkstock

In 2008, a confluence of factors came together and sent international food security into a tailspin. Among them were the rising demand for animal feed and dietary staples in developing nations, the growing pressure from climate change and drought, the increased competition from biofuels, and the volatile economy.

From protests and riots to frantic international negotiations and panicked hoarding, the effects of the food shortage were felt around the globe, particularly in developing nations where the stability and affordability of food supplies are precarious to begin with. While the situation partly recovered in 2009, and global reserves have since returned to pre-crisis levels, the vulnerability of the world's food supply was exposed. It's a topic of concern for many.

The issue is food security, and it's a three-part concept, according to the World Health Organization:

Despite the 2010 rebound in food production, as reported by the Food and Agriculture Organization, high food prices continue to be a problem. Approximately a billion people on the planet do not receive sufficient nourishment [sources: FAO, FAO]. Many people find that statistic unacceptable, so developed nations contribute money to the FAO's international efforts. The EU alone, for example, donated 228 million euros to the FAO to help fund programs offering immediate relief to undernourished families in places like Niger and Bangladesh, as well provide them with the implements and training to practice sustainable farming. Thousands of farmers received agricultural machinery, fertilizer, irrigation equipment, animals, animal feed and fishing gear.

The FAO is also attempting to wipe out rinderpest -- a particularly nasty animal disease responsible for repeated pandemics that result in vicious famines. The organization expects to officially declare it eradicated in 2011.

But another more modern issue is adding additional pressure to the age-old problem of famine: biofuels. The production of biofuels will ramp up heavily during the next couple of decades as both the U.S. and the EU make big pushes for alternative fuels -- a shift that could have a substantial impact on the world's overall crop output. Many stakeholders are calling for the careful development of sustainable biofuel industries, especially in terms of water usage, because the world's population is expected to explode in the next 50 years.

Some of the ideas being thrown around to meet global food demand include stabilizing the world's economy and population levels to avoid a dangerous bubble, investing in alternative fuels that don't compete with food production, localizing food production to decrease food miles and increase fair trade, and developing crops that can handle climate changes. But it's a complicated issue that will have no easy answers.