by John Perritano Oct 17, 2018
Visitors celebrate in a beer tent at the opening day of the 2018 Oktoberfest beer festival in Munich, Germany. But if climate change continues, even Oktoberfest could be without beer. Alexandra Beier/Getty Images

Ben Franklin once intoned that "Beer is living proof that God loves us and wants us to be happy." If Ben were alive today, he, and perhaps God himself, would be crying in his suds at the news coming out of the University of California, Irvine (UCI). It seems that if human-induced global warming continues on its current trajectory, the world's beer supply will dry up.

You read that right: If human-induced global warming continues on its current trajectory, the world's beer supply will dry up. Forget the other aspects of global warming: devastating and more frequent hurricanes; hotter-than-normal summers; longer droughts; wildfires; rising sea levels. We could run out of beer, people!

Researchers, in a study published Oct. 15, 2018, in the journal Nature Plants, ran the numbers and concluded that excessive and prolonged heat waves and droughts will ravage the world's barley supply. As any imbiber of beer will tell you, barley is the main ingredient in any good pint. As these fields of taste and wonder disappear, the laws of supply and demand will muscle in. Beer prices will surge, which means only the well-heeled will be able to afford a frosty mug of brew. No trickle-down economics here. The hoi polis — you, me and our friends — will be left high and dry. Ireland could see a 193 percent price increase, depending on the severity of conditions.

"The world is facing many life-threatening impacts of climate change, so people having to spend a bit more to drink beer may seem trivial by comparison," co-author Steven Davis, UCI associate professor of Earth system science said in a statement. "But there is definitely a cross-cultural appeal to beer, and not having a cool pint at the end of an increasingly common hot day just adds insult to injury."

Davis and his colleagues looked at how much fossil fuels humans are currently burning, and what they will burn in the future. They also looked at the levels of carbon dioxide emissions — the main greenhouse gas. If their models are accurate, the regions of the world where barley grows, especially the prairies of Canada, the northern Great Plains of the United States, and parts of Europe, Asia and Australia, will get hotter and drier, causing crop yields to decline 3 to 17 percent. Even modest warming will lead to more drought and heat in these areas, the scientists say.

As a result, beer prices will go up in beer-loving countries, including Belgium, Canada, Denmark and Poland. If you love spending time chugging in Ireland, you will need an extra $20 to buy a six-pack. Moreover, people in poorer countries will see beer consumption go down. Argentina, the researchers said, will see a 32 percent decrease in beer drinking. As for the United States, you'll see less keggers and beer pong, not to mention the occasional funnel.

"Our results show that in the most severe climate events, the supply of beer could decline by about 16 percent in years when droughts and heat waves strike," Davis said. "That's comparable to all beer consumption in the U.S. Future climate and pricing conditions could put beer out of reach for hundreds of millions of people around the world."

What would Ben Franklin say?

NOW THAT'S INTERESTING
Only 17 percent of the world's barley supply is used in brewing. The rest is reserved for livestock feed. What does that mean for the cows?

Why Is the HPV Vaccine Suddenly Effective for Adults? 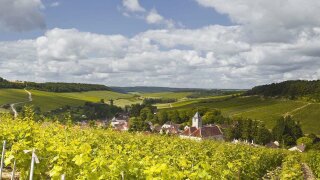 Climate Change Is Affecting French Wines — For Good and Bad 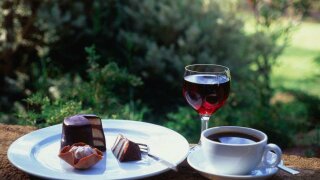 How Climate Change is Monkeying Around with Your Favorite Foods 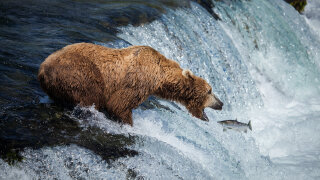