In parts of Central Africa, mining of rare minerals used for mobile telephones and other modern technology is pushing already endangered animals to the brink of extinction.

A new study conducted by Wildlife Conservation Society in the Democratic Republic of Congo found that mining operations have devastating impacts on wildlife, including species that live within protected areas such as the Itombwe Nature Reserve, an important forested habitat for great apes. The biodiverse area is home to populations of the endangered eastern chimpanzee (Pan troglodytes schweinfurthii) and the critically endangered Grauer's gorilla subspecies (Gorilla beringei graueri), whose numbers have fallen by 77 percent over the past two decades because of poaching — some of which is propelled by nearby mining sites.

With fewer than 4,000 Grauer's gorilla remaining in the wild, these 400-pound (182-kilogram) cousins of the better-known mountain gorilla (Gorilla beringei beringei) are being shot and killed by hungry miners. The gorillas live in large groups, can be readily tracked and make for easy prey for people working mines that are often militia-controlled and located illegally within nature reserves.

"We found that most miners who participated in the survey hunt wildlife out of necessity," said WCS researcher Charlotte Spira, lead author of the study, published in June in the journal Oryx, in a statement. "And many would stop hunting if they had a secure income, if domestic sources of meat were made available, and if hunting laws were strongly enforced."

The miners reported hunted primarily out of necessity because they didn't have other sources or protein available at the remote mining locations, which are often controlled by armed militias, not a central government. Many reported they would much rather eat beef, chicken or fish instead of chimpanzee or gorilla.

An estimated 8 to 10 million people take part in the small-scale mines that claim gold, cassiterite and columbite-tantalite (commonly called coltan) from the earth's deep recesses. Cassiterite is used to make tin, while coltan is used in mobile phones and just about all electronic devices.

"Six years ago, it was virtually impossible to trace minerals further upstream of the refiner, smelter or metals processor," Jennifer Peyser, a mediator with the dispute resolution organization Resolve, recently told Wired. "Now, there are systems to track material from validated conflict-free mines all the way through the supply chain." 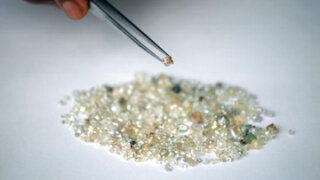 Are blood diamonds making a comeback? 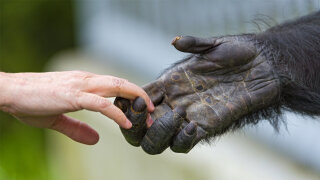 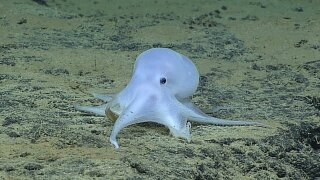