by Jesslyn Shields Sep 4, 2019
The view from Greenwich Park overlooking the City of London on the River Thames. Flickr/Roman Hobler (CC BY-SA 2.0)

When you think of a national park, you generally picture fresh air and wild animals, right? Well, now you're going to have to add tea shops and cathedrals and something called "the Tube" to your definition, because London, England has signed up to be the first "National Park City."

London was established by the Romans around 2,000 years ago and has been continually inhabited since then. In all that time, however, nobody had the idea to replace all the parks with big box stores or upscale highrises, which means London already has a much lower urban density than most of the world's cities; about a third of the city is greenspace that not only provides a place for people to enjoy themselves, but also a home for around 15,000 species of wildlife and 8.4 million trees.

In July 2019, London announced its willingness to become the world's first National Park City, with the intention of making the city a nicer place for human, plant and animal residents alike. In signing the London National Park City Charter, the city is moving toward the goal of achieving 50 percent greenspace by the year 2050 by connecting and expanding public parks, greening up unused parking lots and the private yards of existing and new residences, installing some green roofs on existing buildings and even cutting holes in fences for wildlife to pass through.

"Inspired by the aims and values of our precious rural national parks, the London National Park City is fundamentally about making life better in the capital through both small everyday things and long-term strategic thinking," Daniel Raven-Ellison, who began the campaign to make London a National Park City six years ago, said in a press release. "We've been doing that in London for centuries, which is why London is so green and diverse, and why we can make it a National Park City today. It's about lifting our ambitions; going further to make the city greener, healthier and wilder; improving our mental health; cleaning our air; making the city richer in wildlife; freeing children to play and meet friends outdoors again; tackling the climate crisis and bringing more joy to the city."

London will have a much easier job achieving this type of green transformation than more densely urbanized cities like Paris and New York, which have 10 percent and 27 percent greenspace, respectively. But that doesn't mean it's not possible — the National Park City Foundation hopes to recruit 25 more cities in addition to London by the year 2025. Glasgow, Scotland and Newcastle upon Tyne in northeast England are both currently considering becoming National Park Cities.

Now That's Interesting
London has a healthy breeding population of ring-necked parakeets. Nobody is sure how they got there, but legend has it the first pair was released by guitar legend Jimi Hendrix. 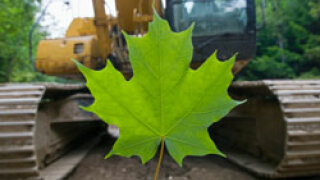 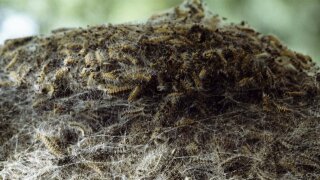 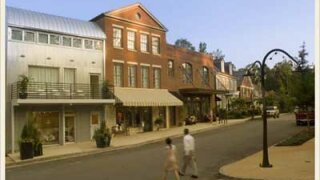