Western honeybees play a part in the creation of nearly every food product in the supermarket, from the cold cuts in the meat section all the way over to the fruits and vegetables in produce. Over the past few years, however, an issue known as colony collapse disorder has cropped up; now honeybee colonies are vanishing in droves. Scientists aren't exactly sure why it happens, only that it's a big problem in terms of food production unless a solution -- or a suitable replacement pollinator -- is found in a hurry.

Insects and other unassuming organisms serve similarly crucial functions for agriculture and industry, not to mention the fact that many species that wouldn't normally attract much notice have provided the basis for several complex new medicines. Think how much penicillin has changed the world. That came courtesy of a lowly fungus growing on a cantaloupe. What poisonous scorpion, elusive mushroom or delicate orchid is hiding out in some remote or threatened habitat waiting to do the same?

Apart from providing the basis for future miracle drugs, smaller species aerate the soil, creating channels for water to flow and reach thirsty plants; they decompose organic matter, returning valuable nutrients back into circulation; and they help balance their own population numbers by eating one another. Without the unimaginably vast and diverse army of insects, plants, microorganisms, and other easily overlooked species chugging away on the factory floor of our planet, it would be game over pretty quickly.

So what's the most harmful type of diversity loss? To put it another way, the real question might be this: Who's more important -- the big animals near the top of the food chain or all the little guys who populate the bottom? And phrased like that, the smaller and often less impressive species might just come out ahead. Dinosaurs ruled the turf for a time, and then they kicked the bucket. But life went on. Apex predators such as saber-toothed cats and dire wolves grew huge in their day, and you don't see them around anymore. But luckily, even if the planet suffers another mass extinction, as long as enough biodiversity remains among the underdogs, life should be able to pull through and continue into the future. 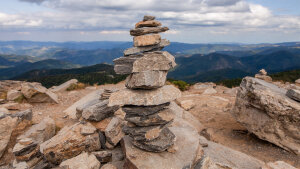