What did this year's winners of the Nobel Prize in medicine discover? 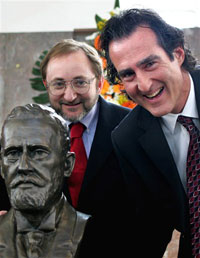 The co-winners of the 2006 Nobel Prize in physiology or medicine are two U.S. scientists who discovered a process called RNAi, which st­ands for RNA interference. They essentially found a more effective way of achieving a gene-silencing effect that had been observed in plants for years. Previous modes of silencing specific genes involved one of two approaches, each of which involved introducing ­a type of RNA (ribonucleic acid) into an or­ganism and each of which achieved imperfect silencing of a targeted gene. Andrew Fire and Craig Mello found that if they combined both approaches into a single unit of double-stranded RNA (dsRNA), the silencing was not only immediate and complete, but it also was inheritable in certain species.

DNA (deoxyribonucleic acid) is the building block of a cell, and DNA is made up of genes. Each gene that makes up a cell's DNA communicates in code, and like any other code, it needs to be translated in order for it to work. Any specific gene performs its specific duty by releasing a protein called mRNA, or messenger RNA. This messenger RNA is like a key to the code. It enables the cell to translate the orders given by a gene and then carry out those orders. Without a key, the cell has no idea what the gene wants it to do. Without a key, a gene is silenced.

­Scientists had once thought that gene silencing -- the blocking of the effect of a particular gene -- occurred only in petunias and a few other plants. They discovered the phenomenon when they were trying to make purple petunias more purple. A couple of researchers injected part of the gene for purpleness into one of the plant's seedlings, expecting the plant to basically double its purple color. They were quite surprised when the plant turned out to be white. The two genes effectively cancelled each other out. As it turns out, introducing a gene with the same RNA sequence as a gene already present in an organism causes both genes to stop expressing their trait. They called this effect cosuppression.

Subsequent experimentation proved that cosuppression occurs in both plants and animals, including mammals. The next step along the way to RNAi involved using particular types of mRNA instead of the entire gene for a characteristic in order to block that characteristic's expression. Scientists first used antisense RNA (aRNA), which is a genetic complement to a specific, regular, single-stranded unit of mRNA. In a way, it represents the opposite of the target mRNA. The aRNA binds to the target mRNA and blocks the mRNA's expression (the translation that is supposed to occur). And this effect is fairly intuitive. The weird thing that researchers discovered is that sense RNA -- a single strand of RNA that has exactly the same code as the mRNA they're targeting -- blocks translation, too.

Here's where Fire and Mello come in. They figured out that the process of preparing strands of sense RNA for introduction into a specimen caused a limited amount of antisense RNA to develop, and that the sense RNA was binding to the antisense RNA. It was this double-stranded RNA that was silencing the gene. So they combined a single strand of antisense RNA with a single strand of sense RNA to create a double strand of RNA that they inserted into the cell. This pre-prepared, double-stranded RNA (dsRNA) worked wonders. It combined the effects of sense RNA and antisense RNA -- both of which worked to silence a gene, but not all the time and not always completely -- to powerfully block the activity of the target mRNA. The dsRNA completely shut down the translation of the gene's orders.

­The thing about RNAi that makes it so incredibly desirable for medical purposes is that it never damages the gene itself; it only renders the gene's messages silent. RNAi can make genetic changes without actually touching DNA, which is ideal for pharmaceutical purposes. In general, people don't like the idea of messing with their genes. But suppressing the expression of a specific gene without actually harming it -- that's a whole different story.

The effects of RNAi do eventually wear off, but scientists are working on ways to keep the effect going. In terms of gene research, RNAi is somewhere in the realm of the invention of the wheel. In studies with mice, RNAi has affected a reversal of liver disease and has shut-down the translation of HIV orders within a cell. One drug that uses RNAi to interrupt macular degeneration, which ultimately causes blindness, has been in clinical trials since about 2002. Other diseases predicted to benefit from RNAi include hepatitis C, cancer, and Huntington's disease. But it's foreseeable that any disease or disorder that depends on genetic expression to do its damage could ultimately succumb to the RNAi process.

For more information on RNAi and related topics, check out the links on the following page. 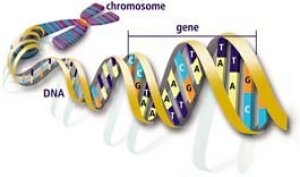