A young eco-entrepreneur's ambitious plan to clean up the Great Pacific Garbage Patch has run into some snags on the high seas.

As we reported in August, a startup called The Ocean Cleanup has built an ingenious 2,000-foot (600-meter) floating array that it believes will collect 50 percent of the plastic debris swirling in the massive oceanic gyre in just five years. The Ocean Cleanup estimates there are 1.8 trillion pieces of plastic in the Great Pacific Garbage Patch weighing a total of 87,000 tons (79,000 metric tons).

Unfortunately, just over two months into a beta test of the first full-scale cleanup system to float through the actual garbage patch, a 60-foot (18-meter) end section of the giant U-shaped tube snapped off. In a blog post, The Ocean Cleanup CEO Boyan Slat stressed that the detached section of tubing did not pose a danger to any crew members or marine life, but that the malfunction meant an end to the beta expedition and a long tow back to port in California.

The broken tube wasn't the only technical glitch plaguing the maiden voyage of the cleanup system, which has garnered much praise for its 24-year-old inventor and more than $40 million in funding. The system is designed to act as a floating shoreline, passively collecting debris in its gaping, U-shaped mouth as it cruises the garbage patch propelled only by wind and waves. Debris caught up in the tube's embrace is periodically collected by boats and brought to shore for recycling.

As Slat noted in an earlier blog post, just weeks after the beta system — officially System 001 but nicknamed "Wilson" — was deployed in the garbage patch in October, it became clear that ocean-borne debris wasn't staying inside the curved tube as computer models and simulations had predicted, but quickly floating out or even being repelled away. The crew tried widening the array's opening, but it didn't help. A research team was dispatched to the garbage patch in December to run more tests and that's when it discovered the broken section.

Reached via email, The Ocean Cleanup team seem to be taking the setback in stride.

"The events that have occurred are a normal part of pioneering new technology at a rapid pace," the team writes. "It was the first time we put our technology to the test at full scale in its designated environment, and we expected to learn a lot from this, so the recent events actually are a mix of good and not-so-good news."

Once Wilson is back in port, engineers will attempt to tweak its design to move faster across the water, which is the likely reason garbage isn't staying within the curved tube. And something will need to be done to reduce the heavy loads on the end sections, which unexpectedly oscillated in the water like the fins of a fish.

The team says that it sees no reason to "go back to the drawing board," but rather will make modifications toward continual improvement, "very much the fast-cycle iterative approach we have been following all along."

"Most of our big sponsors are entrepreneurs that understand very well how these kinds of developments go. Since there always was a possibility that it would not work perfectly in one go, we have a financial buffer helping us continue our work and bring System 001 back to the patch later this year."

Now That's Interesting
NPR reported that Slat wants to deploy 60 more devices once this one is successful.

Too Many Shots? Inside the Dog Vaccination Controversy 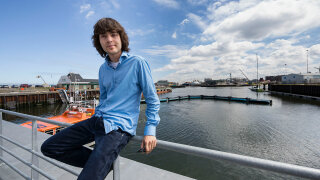 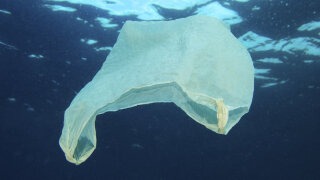 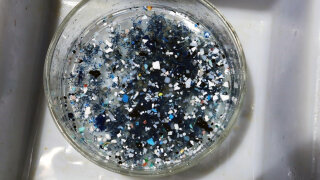