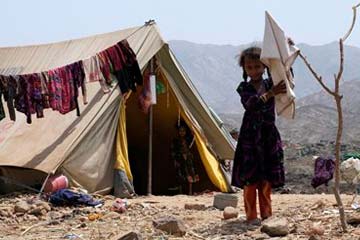 Many Yemeni have been displaced by the violent conflict between their government and local Shiite rebels.
AP Photo/Adam Reynolds

If you live in a developed nation, the thought of not being able to find food at grocery stores is hard to imagine. Sure, you might not always have the money to buy the fare you desire, but the fact is, there's food available if you can afford it. In other parts of the world, however, it's a very different story.

In 2008, a severe food crisis rippled across the world, causing malnutrition and starvation from the Philippines to Haiti and from Egypt to Burkina Faso. But even as the overall situation improved, several ongoing localized food crises have continued to have an impact on specific regions. In Yemen, for example, workers with the United Nations' World Food Programme are scrambling to secure $75.3 million out of the $103 million needed to feed all the people starving in a war-torn region of the nation for the year [source: UN News].

As of May 2010, some 3.4 million Yemenis out of a total population of 23 million were threatened by an extreme lack of food. WFP workers were only able to provide half rations (1,050 calories per day) to a few hundred thousand of those refugees -- aid that will practically cease come August 2010 if the group can't secure additional funding. It's not surprising so many Yemenis are struggling -- less than 3 percent of the country is arable, and more than 45 percent of the population lives below the poverty line [source: CIA World Factbook]. So while we know many Yemeni are struggling to obtain food, will the situation get so bad that the rest of us will have to fight over it as well?

World hunger extends beyond Yemen. In 2010, the WFP's goal is to feed some 90 million people facing starvation in 74 countries around the globe. Logistically this is no easy task, and WFP workers use everything from ships, planes, helicopters and trucks to elephants, yaks, donkeys and camels to get food to people in need [source: WFP].

The End of Food?

But is it possible the world could run out of food entirely? Barring a doomsday scenario in which the planet becomes temporarily or permanently unable to host plant life (say following a major meteor strike like the one believed to have wiped out the dinosaurs), then the question really boils down to this: Could a reduction in arable land and fresh water lead to a massive drop in food levels, creating a worldwide famine?

Unfortunately, increased desertification and water use are serious threats to future food production. Perhaps not enough to cripple the entire human race, but certainly enough to cause serious problems if everybody plans to keep eating on a regular basis. Add in factors like increased competition from biofuels, an impending population explosion, crop failures and climate-related drought, and you have a perfect storm for severely decreased food production.

But perhaps the larger part of the problem is that agriculture accounts for 70 percent of the planet's water use, and while you can reuse fresh water, there's just not that much of it to go around. Using conventional (and unsustainable) agricultural methods, it takes nearly 400 gallons (1,500 liters) of water to grow just 2 pounds (1 kilogram) of wheat. Meat-eaters cause even more of a problem. To get that 2-pounds-worth of meat, it takes a whopping 4,000 gallons (15,000 liters) of water [source: FAO].

And while people definitely need to eat, drinking water is also definitely a must. Because an extreme amount of water goes into food production, and because climate change could increase the acreage of nonarable land and melt our remaining freshwater glaciers, it's becoming more difficult to ensure that everyone gets the proper amount of water to drink -- 1.5 gallons (2-5 liters) a day. So the even more critical question could be: Will we run out of water? 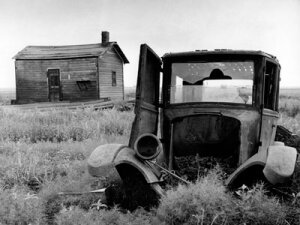 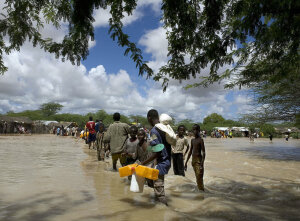