You may have heard: President Trump has some plans to build a wall between Mexico and the United States. And it's not just a little wall a bunny could hop over — no, he's promised an "impenetrable, physical, tall, powerful, beautiful, southern border wall." This wall is going to be tremendous.

But regardless of much geopolitical sense you think this little construction project makes, a giant wall between Mexico and the United States will take its toll on wildlife. To humans, the desert borderlands between Mexico and the American Southwest might seem hot, dry and inhospitable, but they support a bumping ecosystem, featuring animals like bighorn sheep, the American roadrunner (yes, of "Looney Tunes" fame), and the endangered North American jaguar. Building a wall in the middle of all this will undoubtedly pose big problems for wildlife. Tremendous problems.

We know this because researchers have been studying the effects of the 650 miles (1,046 kilometers) of "security infrastructure" that already exists on the border of Mexico and the U.S., the environmental regulations for which were waived by the Department of Homeland Security. A 2011 study by researchers at the University of Texas in Austin shows that parts of these barriers have cut off some reptiles, amphibians and mammals from up to 75 percent of their native ranges. The study concludes that new barriers would put even more species at risk.

So, why is it so important that ecosystems remain intact and connected?

"In order for a species to survive, populations need to be able to interbreed with one another," says Dr. Jenny McGuire, a research scientist who studies ecosystem connectivity at the Georgia Tech School of Biological Sciences. "Desert species in particular move around as part of their normal life cycle, migrating to follow their food and water sources. Pronghorn antelope, whose populations are already at risk in Texas, tend to track food and water across the landscape as the seasons change, as do bighorn sheep."

The pronghorn (Antilocapra americana) is one of the larger species that would most be affected by a wall spanning the entire U.S.-Mexico border.
Carolyn Hebbard/Getty Images

A wall like the one Trump's has proposed would very likely isolate populations of all sorts of animals. Small populations are more likely to go extinct without access to varied genetic material from individuals of other populations coming and going. This would lead to a loss of overall species variation, which begins the downward spiral into the extinction of an entire species.

"Over the course of the next five to 10 years, if a species needs to track food and water resources across deserts or grasslands, you could see massive loss of life and even population level extinctions as those animals starve," says McGuire. "The main animals this issue could affect is pronghorn, which have a very hard time jumping fences and are often found caught or tangled in them during times of food shortages. This could also affect bighorn sheep if it affects their migration routes in southwest Texas."

Though pronghorn and bighorn sheep are most at immediate risk of starvation or thirst if a large physical barrier rises along the border between Mexico and the U.S., over longer periods of time the wall would also affect snakes and tortoises, whose populations could become isolated. The good news for some species? At best, a wall might provide a nice sunning spot for lizards — and those guys would be fine climbing right over that thing.

Insects, birds and other small animals may not see a border wall or fence as much of a barrier, but larger animals would suffer.
ElFlacodelNorte/Getty Images

But overall, it's going to be very difficult to mitigate the impacts of constructing a wall. And the ecological ramifications of a wall could extend well beyond the immediate surrounding landscape, affecting even nearby rivers and distant bodies of water alike.

"The desert is particularly prone to severe erosion," says McGuire. "This will likely have severe impacts on the plants and animals in the immediate vicinity of the wall and around service roads, but it could also cause huge sediment influxes into the Rio Grande River."

So, look out, fish. The wall is coming for you, too.

Now That's Interesting
All the animals in the ecosystems shared by Mexico and the U.S. will eventually need a barrier-free border to escape the effects of climate change.

What Was the Very First Toothbrush?

Is Building a Country Border Wall Even Possible? 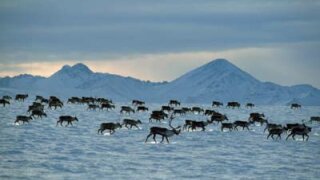 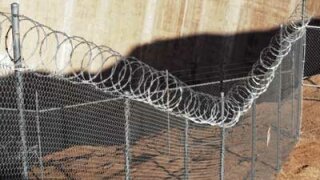 How the Virtual Border Fence Works