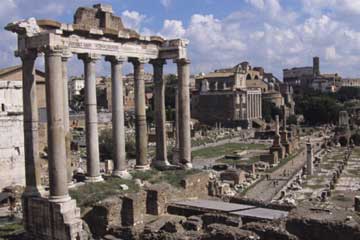 In the past, treasure hunting was done with little regard for historical or archaeological purpose -- it was done for profit and novelty. And whether the goal was to enhance collections of artifacts or simply make a buck, little attention was paid to mundane items that tend to fascinate professional archaeologists today in their quest to unravel the development of human history.

The shard of pottery that demonstrates a working knowledge of ceramics, the shred of desiccated cloth that denotes societal rank, the dusty bead that implies trade with distant neighbors -- they're all significant to archaeologists, who study human history, including cultural practices, economic interactions, political systems, dietary habits and artistic inclinations.

Excavations differ depending on the remains in question. For example, excavating an aboveground tomb complex requires somewhat different strategies than a long-buried underground domicile. But the unifying factors of the modern archaeological method are simply this: caution and recordkeeping. Great care is taken to delicately remove and diligently document the location and surroundings of each and every artifact, while carefully preserving and recording any finds for future study.

So, for example, picture an archaeological excavation to unearth a prehistoric village site. When archaeologists begin the excavation, they don't just start plowing shovels into the ground. First they create a grid system to help record where objects are unearthed. Then they gently start moving the earth one tiny trowel full at a time. As they dig down, keeping the walls straight and the base flat, they carefully sieve everything that comes out in order to recover even the tiniest artifacts. Whatever's found is documented, photographed and bagged. If artifacts are ideal for radiocarbon dating -- say chunks of wood or charcoal -- then they're immediately scooped up with a tool and placed into tinfoil so there's no contamination from the digger's hand.

Further armed with tools such as penknives, brushes, scalpels, calipers, plumb bobs and even things like chopsticks and dental picks, diggers work down until they reach a change in soil, and then that too is recorded. Soil samples are taken frequently to help correlate an artifact's surroundings. Photographs are snapped, notes are written, drawings are made and GPS measurements are taken throughout the process to help note an artifact's position from above, from the side and in relation to other objects.

Once everything is out of the ground, the next major phase of the archaeological method takes place: the report. It's of paramount importance to publish the findings and analyses of an excavation. The results must be published in a timely fashion, so that further assessments and studies can take place. The more thorough the paper the better, because archaeology is basically a destructive science. Once something is unearthed, it rarely goes back in the ground, so archaeologists and anyone else interested in the findings need good, strong data to recreate the scene and deduce theories from what's encapsulated within. Then, last but not least, artifacts are cleaned and preserved for future generations.