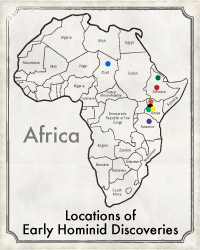 Modern humans -- Homo sapiens -- lived for thousands of years before they started writing about their adventures. The time before we started scribbling our thoughts on stone and paper (what historians call prehistory) can only be revealed through the search, discovery and interpretation of material stuff our ancestors left behind. Archaeology is the field of science dedicated to this pursuit and, until time travel becomes possible, it remains the best way to establish a human time line and build a history of our species.

Defining the absolute beginning of that time line has been one of archaeology's biggest challenges for decades. Today, most archaeologists and anthropologists agree that modern humans made their grand debut some 195,000 years ago. But where did those humans come from? Did a line of humanlike species, or hominids, precede H. sapiens?

In 1974, Donald Johanson provided an important clue when he discovered the bones of a 3.2-million-year-old hominid in Hadar, Ethiopia. He called the specimen Australopithecus afarensis, or Lucy for short. Lucy held the record as the earliest known human ancestor until 1994, when Tim White of the University of California, Berkeley, found skeletal remains of a 4.4-million-year-old hominid known as Ardipithecus ramidus, or Ardi. Since then, more landmark discoveries have been made. In 1997, scientists found the bones of a new species, Ardipithecus kadabba, that lived between 5 and 6 million years ago. And in 2000, another team unearthed Orrorin tugenensis, a chimpanzee-sized hominid that lived 6 million years ago. Using this and similar evidence, archaeologists have pieced together a time line of humanity and prehumanity.

The oldest hominid fossils have been found in eastern Africa, along a line stretching from Olduvai Gorge in the south to the Middle Awash region of Ethiopia in the north. The concentration of finds has led most scientists to consider this region the birthplace of humanity. But how did humanlike species spread from this region to other parts of the world -- a process known as the African diaspora? Archaeology can answer that question. The prevailing theory goes like this: About 2 million years ago, prehuman ancestors left Africa to populate parts of Asia, the Middle East and Europe. Later, the first real humans followed in a second wave that eventually replaced the remnants of the first, prehuman diaspora. Over time, these early humans formed all of the races and civilizations we know today, including the Mayas, Phoenicians, Greeks and Romans.

Understanding these great civilizations serves as another important function of archaeology. For example, historians have learned much about Roman society by scrutinizing the features and artifacts of Pompeii and Herculaneum, two ancient cities buried in A.D. 79 by ash ejected from Mount Vesuvius. They've pieced together similar stories at sites all over the world. It's how we've come to know about people and places, as well as behaviors and beliefs, of civilizations across time. 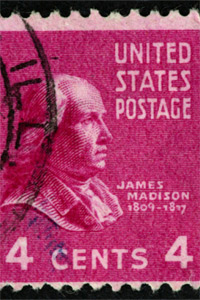