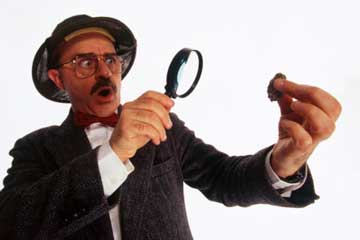 The field of archaeology gradually evolved into its present incarnation.
creates/Thinkstock

Digging through dirt and ruins to look for relics and records of eras past used to be the trade of treasure hunters and looters, but in the past few centuries, archaeology has evolved from its humble roots and become a field of serious scientific inquiry.

Before we begin nominating candidates for the exalted "Father of Archaeology" title, let's consider what exactly counts as archaeology. Modern archaeologists carefully sift through excavation sites and other locations crowded with the refuse and treasures of human societies, recording all the details with notes, photographs and sketches. In a field like prehistoric archaeology, this often means going through buried remains and documenting where each artifact is in relation to other artifacts, both in terms of distance and depth. The professional archaeologist also preserves any finds for future study, since archaeology is often an inherently destructive science. In the past, little concern was given to documentation and preservation; it was simply an issue of getting objects out of the ground and into the collections of the highest bidders.

And while there are some accounts of ancient archaeological digs, for our purposes, the sparks that lit the original modern artifact-finding fires were inspired by the Renaissance hunt for ancient Greek and Roman ruins and remains. Since then, pioneers have slowly honed the practice of a careful and considered archaeological method. Instead of wildly shoveling and carelessly collecting anything with potential value from antiquity (discarding objects of scientific and historical interest with little monetary worth along the way), now excavations and surveys are typically conducted in a much more cautious and measured manner.

Some of those earlier adapters include Italians Flavio Biondo and Poggio Bracciolini. During the 1400s, they each canvassed Rome and created guides to the crumbling ruins. Then there's Cyriac of Ancona, who was also on the scene in the 1400s, studying Greek artifacts and subsequently publishing reports.

It would be a few more centuries before the idea of digging really came around -- remember that this was before people had caught on to just how old the Earth is, and by extension, the concept of stratification, meaning that the deeper you dig, the older the stuff you will find there. During the Age of Enlightenment, people started to come around to these concepts and the science really took off when archaeologists started to engage in active fieldwork -- digging in addition to surveying.

In the early 18th century, Scandinavians Christian Thomsen and Jens Worsaae worked to unearth materials that proved the classification of technological eras like the Stone, Bronze and Iron Ages. Digs continued to become increasingly well-planned and meticulous. Another potential candidate for the Father of Modern Archaeology is Flinders Petrie, a late 1880s British archaeologist and Egyptologist by trade. His reputation as a methodical digger -- no trowelful went unexamined -- and his development of a sequential dating method using potsherd comparison, earned the respect of many. His 1904 landmark book, "Methods and Aims in Archaeology," also went a long way toward popularizing the modern archaeological method.

These men, and many of their contemporaries and successors, contributed a variety of ideas to the blossoming field of archaeology, challenging beliefs that had been pervasive among people for centuries and opening up a world of understanding in regard to human history.