You can learn a lot from archaeological digs.How children played a thousand years ago. What role caregiving played in an ancient community. And although findings unearthed from a dig might be able to tell us what kind of fancy seat a ruler sat on, they can't necessarily tell us exactly who the rulers might be — or how they came to be leaders.

However, collaborative research published in Nature Communications has been able to answer a few questions about those who wielded power in an ancient Pueblo community. The scientist were surprised to find, through DNA analysis, that the seemingly powerful folks buried in a high-status crypt were actually related through a matrilineal line.

In fact, before making the matrilineal connection, the team initially thought it might have some sort of contamination problem with the DNA samples, said lead author Douglas J. Kennett in a related press release.

The researchers started by finding a crypt in Pueblo Bonito, one of the largest ancient communities in Chaco Canyon, New Mexico, that dated from 800 to 1130 C.E. It included a splendid burial of a male who had over 11,200 turquoise beads and shells from the Pacific in his plot, among other artifacts.

A dozen other remains were found, but only nine could be successfully sampled. And all nine of the internments had identical mitochondrial genomes, which told them that not only were the bodies all related, but that they were related through the maternal line, as mitochondrial DNA is inherited only from a person's mother.

Now That's Interesting
Mitochondrial DNA is maternally inherited in most animals, but scientists have long been unsure why. But research in 2016 pointed to the possibility that instead of the mother's egg cells solely taking over, a father's mitochondria could be committing a kind of suicide to avoid inheritance. That mechanism might actually show that inheriting any of a sperm's DNA is potentially harmful.

A Dose of Nature Could Improve Mental Health for City Dwellers 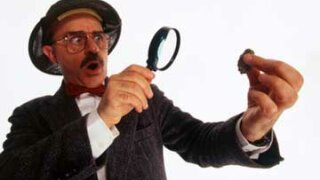 Stuff Mom Never Told You Podcast: Who Was Wilma Mankiller?

Fear of a Three-parent Baby Stalls Treatment of Mitochondrial Diseases