by Mark Mancini Sep 16, 2019
This arial view of a German industrial area is a good example of how humans are affecting the planet via pollution and industrialization. Dirk Meister/Getty Images

Thanks to greenhouse gas emissions, the percentage of carbon dioxide (CO2) in our atmosphere grew by 2.87 parts per million (ppm), increasing from an average of 407.05 ppm on Jan. 1, 2018, to 409.92 on Jan. 1, 2019, according to readings at NOAA's atmospheric observatory at Mauna Loa, Hawaii. What's worse is three of the four highest annual increases have occurred in the past four years.

These readings also indicate a sharp increase from what the levels were even 60 years ago. The World Meteorological Organization says Earth's atmosphere hasn't seen such a high concentration of the gas in 3 to 5 million years.

Harmful emissions are just one of the environmental concerns that today's leaders must confront. Trash accumulation is another. Since the 1950s, humans have generated about 9 billion tons (8.3 metric tons) of plastic and dumped most of it in landfills. Plus, Homo sapiens are overpopulating like crazy. As our numbers skyrocket, loads of other species find themselves on the decline. You and I are now witnessing one of the biggest mass extinction events of all time.

"We are a geologic force in and of ourselves," says Donald Prothero, a paleontologist, geologist and bestselling author.

Mankind's overall impact on planet Earth has been so dramatic that some scientists think a change to the geologic time scale is in order. According to them, we should reclassify the (very) recent past as a new unit in time — defined by humanity's long-lasting marks on the world's climate, geology and biological makeup.

This proposed unit has a name: The Anthropocene epoch, or age of humans.

Earth is about 4.54 billion years old. Geologists have split its history into large blocs of time called eons, which are further subdivided into eras. Those in turn are made up of smaller units called periods. Finally, the little divisions within a period are known as epochs.

So right now, we're living in the Quaternary period of the Cenozoic era, which is part of the Phanerozoic eon. But the question is, what's the current epoch?

Well, therein lies the debate. Earth's most recent ice age ended 11,700 years ago. That point in time is recognized as the end of the Pleistocene epoch, which began just less than 2.6 million years ago, and the dawn of the Holocene epoch.

The dividing lines between epochs correspond with important moments in Earth's history — like abrupt changes in the climate. Evidence for these events is typically found within the layers — or strata — of rock on our planet. (Ice core samples may also contain clues.)

"Nowadays, epochs are defined by a section of rock that has distinctive boundaries at the top and bottom," Prothero says. He adds that specific epochs are also sometimes characterized by the presence or absence of "key fossils."

The end of the last ice age marked the beginning of the Holocene and established its lower boundary. It's traditionally been thought that this particular epoch is still going on today.

But in 2000, Nobel Laureate Paul Crutzen helped popularize an alternative viewpoint. That year, he and biologist Eugene F. Stoermer argued that recent human activities had pushed the world out of the Holocene and into a new epoch. Decades earlier, Stoermer had coined the term "Anthropocene" — derived from the Greek word for "human" — as a possible name for this hypothetical new unit of geologic time.

Trash and waste from humans ends up polluting the oceans, and impacts wildlife, like these seal pups who are entangled in fishing line.
Images copyright of Jamie Lamb - elusive-images.co.uk/Getty Images

The International Commission on Stratigraphy (ICS) is the body that standardizes the Geologic Time Scale. It has yet to recognize the Anthropocene as an official epoch, although the topic has been discussed. As of this writing, the ICS maintains that the Holocene is still ongoing.

But maybe scientists will feel differently someday. Prothero's heard it argued that geologists living in the far-off future — perhaps even tens of millions of years from now — "could tell when humans were here because we've left so many traces in the rocks; chemical traces as well as actual physical objects like trash."

Seawater absorbs about one-fourth of our CO2 emissions. This has led to widespread ocean acidification, which will doubtless leave telltale limestones behind. Dissolved carbonates in the sediment are going to be another one of our calling cards. Future paleontologists may also notice the sudden disappearance of a great many species from the fossil record.

We would also expect as-yet unborn researchers to discover the radiometric signatures of nuclear weaponry. All around the world, plutonium 239 — which is uncommon in nature — was embedded in sediments that lay exposed to the air during the nuclear tests of the 1950s.

That brings us to a bone of contention about the Anthropocene. If it really is a legitimate geological epoch, what moment in history should we recognize as its starting point?

The possibilities are legion. One argument is that the Anthropocene began in the 1940s with the first atomic weapons detonations, like the famous Trinity Nuclear Test of 1945, occurred.

"Others have wanted to push [the lower boundary date] all the way back to when humans really started transforming the planet at the beginning of civilization and agriculture, at least 10 or 11,000 years ago," Prothero tells us. Another option might be to define the Anthropocene as everything that's happened since the Industrial Revolution kicked off.

But now the 34-member Anthropocene Working Group thinks they have the exact date in mind. The panel voted in May 2019 to submit a formal proposal for the new epoch by 2021 to the International Commission on Stratigraphy. Before their submission, they plan to identify a definitive geologic marker. The group actually has 10 sites in mind, including a cave in northern Italy, coral in the Great Barrier Reef and a lake in China.

Regardless, if the geological community ever officially splits up the Holocene and rebrands these past few decades, centuries or millennia as the Anthropocene, a potential benefit might be the gesture's symbolic value. Crutzen and many others hope it'd send a powerful message to governments and private citizens alike. As Prothero puts it, "When you use that term, everyone else then realizes that geologists are making a statement about what we've done to the planet."

NOW THAT'S INTERESTING
The Cenozoic era is popularly known as "The Age of Mammals" because it began in the wake of the mass extinction that wiped out the non-avian dinosaurs 66 million years ago. Mammals then stepped in to take over the vacant niches that the dinos and other extinct reptiles left behind.

Corduroy: The Vintage Fabric That Always Makes a Comeback 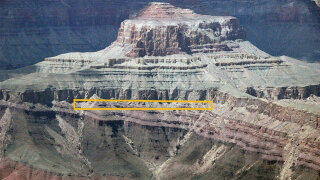 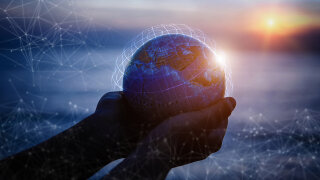 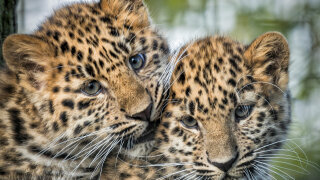