If you're a geochronologist — someone who studies the age of our planet and its rock formations — you spend a lot of time around zircons. They're durable crystals found in a variety of rocks, and because they preserve crucial data about the deep past, zircons are lovingly called "time capsules." Recently, researchers used zircons to take a crack at one of prehistory's greatest riddles.

About 540 million years ago, the Cambrian Period began. An important time for life on Earth, it left a diverse fossil record behind and marked the dawn of our current eon. In many places around the world, such as the Grand Canyon, we find Cambrian rock deposits sitting right on top of rocky layers that are between 250 million and 1.2 billion years older. Needless to say, that's quite an age gap. Called the Great Unconformity, the divide between those two layers is a puzzle to scientists. What's the story there? Did millions of years' worth of rock suddenly go missing?

A study in December 2018 set to find out and claims the crust was sheared away by glaciers at a time when most — or all — of the world's surface was coated with ice. That epic bulldozing session may have also created the right conditions for complex organisms, like our own ancestors, to flourish. The paper, "Neoproterozoic Glacial Origin of the Great Unconformity," was published in the journal Proceedings of the National Academy of Sciences.

University of California, Berkeley geologist C. Brenhin Keller led the study. In an email, he writes that his team drew upon existing literature to compile a huge body of relevant info on geochemistry and rock layers. Keller says the data they amassed represented "many thousand hours of both fieldwork and analytical time, conducted by hundreds of people over many years."

Zircons were the main focus. Usually, zircon crystals are created when silica-rich magma cools down. "Like any natural system, magmas are rich brews, full of other elements," study co-author Jon Husson explains via email. "And some of those elements are able to substitute [themselves] into zircon's structure."

For instance, zircons often contain uranium, which slowly decays and converts into lead. So when scientists look at the composition of uranium/lead samples inside a zircon, they can figure out how old the crystal is. It's radiometric dating at its finest.

Keller and company reviewed the data on 4.4 billion years' worth of preserved zircon crystals. Those from early Cambrian rocks had a couple of surprises in store.

Earth's crust sits on top of a layer called the mantle. A thick buffer zone that's primarily made of solid rock, the mantle separates us from the inner core of our planet. Certain elements feel more at home down in the mantle than they do on the crust. Lutetium is a good example. Just as uranium decays into lead, lutetium gradually transforms into a certain hafnium isotope over time.

Keller says when Earth's solid mantle "partially [melts] ... more lutetium tends to stay in the mantle." In the process, "more hafnium goes into new magma" that's liable to get pushed through a volcano, spill out onto the surface, and become hardened rock.

Elizabeth Bell — another scientist who worked on the study — explained via email, hafnium isotopes can therefore help us figure out just how old "the materials that melted into a magma" were. That's a helpful quality. By looking at hafnium isotope ratios in Cambrian zircons, Bell and her colleagues realized that the crystals came from magma that was once very old, very solid crust.

Somehow, this raw material was driven down into the mantle or deeper into the crust, where it melted. Along the way, the well-traveled rock came into contact with cold liquid water — as evidenced by a tell-tale oxygen isotope signal found in the same zircons.

Since glaciers are agents of erosion, Keller's team proposes that the Great Unconformity was created when glacial activity drove a huge amount of our planet's crust into the ocean during the snowball Earth years.

The so-called "snowball Earth" hypothesis claims that between 750 and 610 million years ago, glaciers periodically coated our planet, extending all the way from the poles to the equator. Wild as it may sound, the basic premise is popular among geologists (though some researchers don't think the oceans froze over — at least, not entirely).

Keller, Husson and Bell envision the walls of ice behaving like giant scythes. All the world's major landmasses would have been trimmed down; the typical continental crust might have lost 1.8 to 3 miles (3 to 5 kilometers) of vertical rock to the shearing glaciers. After being pushed onto the ocean floor, the displaced crustal rock was eventually subducted into Earth's mantle and later recycled. Or so goes the new hypothesis.

(At this point, we should mention that the recently published study contradicts a February 2018 paper published in the journal Earth and Space Science that speculates the snowball Earth period may have happened after a time of mass erosion created the Great Unconformity.)

If Keller's team is correct in its hypothesis, we might have an explanation for why there aren't many meteorite impact craters that predate the snowball Earth phase. Theoretically, the grating glaciers would've stripped most of the older ones away. En route, the ice may have also opened the door for complex life-forms — which didn't start to appear until about 635 to 431 million years ago — to evolve.

"While the snowball [Earth] itself would have been a pretty harsh environment for life, one implication of [our] study is that the erosion of this much crust could have freed up a lot of phosphorous trapped in igneous rocks," Keller explains. Phosphorous, he notes, is "a critical part of DNA and ATP" and something all contemporary organisms require.

NOW THAT'S INTERESTING
Sir Douglas Mawson was one of the founding fathers of the snowball Earth hypothesis. An adventurer as well as a geologist, he was the sole survivor of a three-man trek across Antarctica that began in the year 1912. At one point, Mawson had to walk alone over 100 miles (161 kilometers) of frigid terrain in order to meet up with his eventual rescuers.

Gas-powered vs. Electric Cars: Which Is Faster? 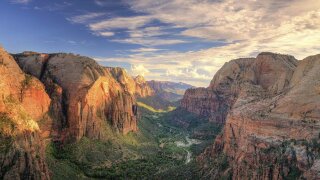 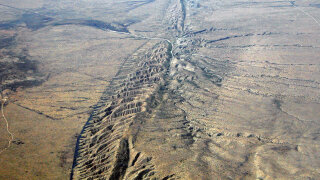 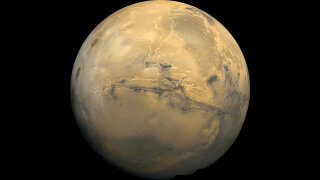