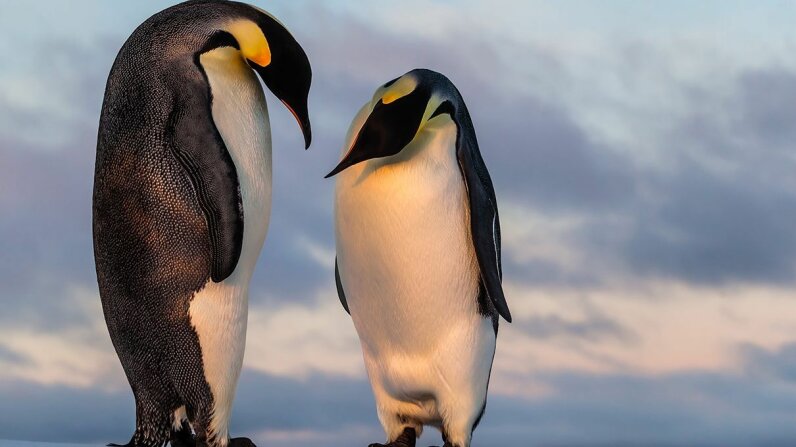 Emperor penguins are the largest living species of penguin. But the oldest penguins were way bigger. Mario_Hoppmann/iStock/Thinkstock

Penguins are plump, waddling, web-footed, short-feathered, flightless birds with a quirkiness all their own. But don't let their adorable traits fool you — in the past, they've gotten pretty big.

In a study recently published in the journal The Science of Nature, researchers identified leg bones of a giant penguin that dates back to the mid-Paleocene era. The new specimens were unearthed at the locality where fossils of the prehistoric penguin Waimanu manneringi were found: New Zealand's Waipara Greensand, along the Waipara River. W. manneringi and the new specimens are the oldest known penguin fossils, at around 60 million years old.

But perhaps the most intriguing revelation was the size of the penguin's tarsometatarsus (a bone above the bird's foot, comparable to a human's shinbone). The newly discovered bone is one of the longest recorded penguin tarsometatarsi, at 81.6 millimeters. While that's only slightly longer than that of W. manneringi, its proportions suggest that this penguin was a much heavier and larger bird. In fact, it was bigger than the emperor penguin, the largest penguin species still around today. The bird reached the size of one of the largest known penguin species, the ancient Nordenskjoeld's Giant Penguin, which stood about 5 feet, 5 inches (166 centimeters) tall. That's the size of a small human!

According to the researchers, their findings indicate giant sizes appeared early in penguins' evolution, "soon after flightlessness released penguins from aerodynamic constraints." Giant penguin species — technically, those over 1.3 meters (4 feet, 4 inches) tall — existed for over 30 million years, from the mid-Paleocene to the late Oligocene epoch. But they eventually disappeared. While scientists aren't sure why, they think toothed whales contributed to giant penguins' extinction.

Now That’s Cool
Some penguins have been observed eating small stones and pebbles, possibly to help digestion or to reduce buoyancy when they dive.