by Kristen Hall-Geisler Mar 28, 2018
One of the footprints in the waterlogged clay is seen here stained blue by photo enhancement to show the outline more clearly. Joanne McSporran

We know humans have been in North America for thousands of years, and there's been a debate about how they got here: via a land bridge between Asia and America or by boat. But a new discovery puts humans on the coast of British Columbia, Canada, earlier than researchers previously thought — and the facts from these findings give further weight to the hypothesis that humans might not have arrived here on foot.

In a paper published in the journal PLOS ONE March 28, 2018, author and archaeologist Duncan McLaren, along with fellow researchers at the Hakai Institute and University of Victoria, report that they found human footprints on British Columbia's Calvert Island that could date back 13,000 years. That would make them the oldest evidence of humans in all of North America.

The Pacific Coast of Canada is a wild place, with dense forests crowding right up to the shore. You won't find many warm, sandy beaches here. It's also really difficult to find archaeological evidence in this environment, and many locations are only accessible by boat.

Scientists were able to excavate an area just below the high tide line on Calvert Island, which has "layer cake-like archaeological sites," McClaren said in a press release. The island's shoreline has also remained stable over time, which is rare. But the soil has a lot of clay. So when these humans walked about the shore, they left impressions in the clay, which were then filled in with sand and preserved for thousands of years.

How many thousands? It's tough to say how old each footprint might be, but the scientists also found charcoal, likely from a fire pit, inside the prints. These charcoal bits have been radiocarbon dated to 13,200 years before present.

There is a total of 29 footprints from at least three barefoot people. By taking precise measurements and analyzing digital photographs, it appears that all of the footprints belong to two adults — one male, one female — and one child. There are more sites nearby where the archeologists believe more prints could be found.

This adds evidence for the controversial theory that seafaring people used a coastal route to move from Asia to North America at the very end of the last ice age, which ended 11,700 years ago. Calvert Island has always been an island, so theoretically, anyone walking on it would have had to use some type of boat to reach its shores, McLaren told Indian Country Today in 2015, when the find was first announced.

Now That's Cool
These footprints aren't the oldest in all of the Americas. An archeological excavation in Monte Verde, Chile, found remains of a 60-foot-long (80-meter) structure with two hearths, preserved meat and firewood, and three human footprints. The radiocarbon dating for the charcoal in the fire pits showed that the site had been occupied 14,500 years ago.

She Mates, She Kills — and That's OK With Male Brown Widows 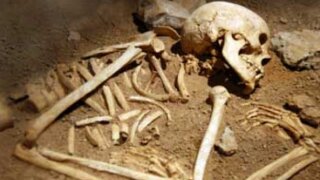 How has radiocarbon dating changed archaeology? 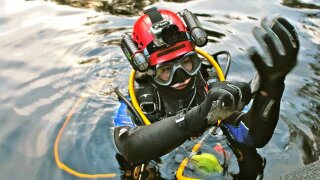 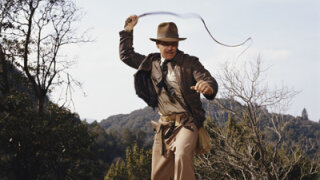