by Kathryn Whitbourne Jun 28, 2016
The 1109-carat rough Lesedi La Rona diamond, the biggest rough diamond discovered in more than a century, sits in a display case at Sotheby's on May 4, 2016 in New York City. CNN/Spencer Platt/Getty Images

Here's a way to really make a fashion statement, assuming you have several million lying around. Sotheby's will auction off the 1,109-carat Lesedi La Rona diamond on June 29. It's the largest uncut diamond in the world and the second-largest one ever found.

The diamond is about the size of a tennis ball, and has exceptional transparency and clarity, according to the auction house. It was found in Botswana in southern Africa in November 2015, and is expected to fetch $70 million. Estimates place the stone's age between 2.5 and 3 billion years.

William Lamb, the CEO of the Lucara Diamond Corporation (which owns the diamond), told the New York Times that they decided to sell it whole, rather than cut it into smaller pieces, because large stones like these have brought record prices lately. In fact, Lucara sold an 813-carat rough diamond for $63 million in May.

Despite its enormous size, the Lesedi is not the biggest diamond ever found. That distinction goes to the 3,106-carat Cullinan diamond found in South Africa in 1905. That gem was cut into nine pieces and the biggest, a 530-carat "Great Star of Africa" is now part of Queen Elizabeth II's scepter. "Independent reports indicate that the Lesedi La Rona – although weighing less than the Cullinan in the rough – may have the potential to yield the new largest top-quality diamond that has ever been cut and polished," according to a Sotheby's press release.

"Lesedi La Rona" means "our light" in the Setswana, the national language of Botswana. You can watch the auction live at www.sothebys.com but you'll need to register if you feel like bidding on this little item.

Now That's Interesting
Although diamonds fetch a high price, this is more due to clever business practices than anything else. By 1902, diamond mining company De Beers controlled 90 percent of diamond production and created an artificial scarcity — and higher prices — by determining availability. In the 1940s, thanks to the "A diamond is forever" advertising campaign, diamonds became associated with engagement rings. 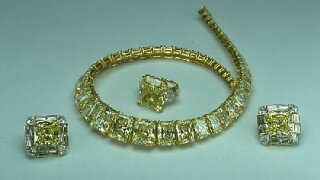 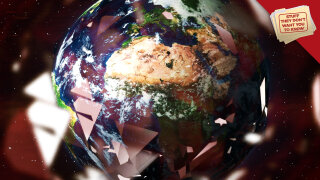 Stuff They Don't Want You to Know: The Reign of Diamond Cartels 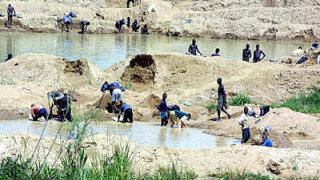 How the African Diamond Trade Works