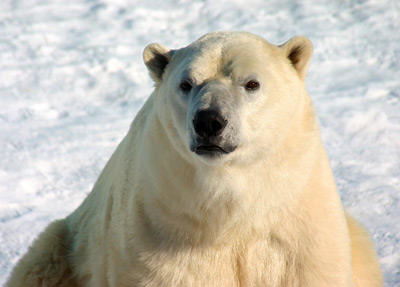 The opening of the Northwest Passage and melting of Arctic ice has allowed access to parts of the Arctic Ocean and the seabed that have been blocked for centuries. Consequently, several countries are trying to lay claim to parts of the newly opened Arctic in hopes of getting at some of the oil and natural gas reserves that are buried under the ocean floor. Experts estimate that 25 percent of the world’s remaining fossil fuel reserves lies under the Arctic seabed [source: Guardian Unlimited]. Commentator Jeremy Rifkin noted with irony that it’s the burning of fossil fuels and the subsequent rise of global temperatures that has made it possible to access these long-blocked stores of oil and gas [source: Houston Chronicle].

The 1982 Law of the Sea Treaty gives countries an economic zone extending 200 miles from their coasts, and it’s under the provisions of this treaty that some countries are trying to lay claim to parts of the Arctic. In August 2007, Russia planted a flag on the Arctic seabed, following a claim that part of the ocean floor is an extension of their country’s continental shelf. Canada, Norway and Denmark (via Greenland) are making similar claims. The United States and Canada still dispute who has the right to claim the Northwest Passage while both Denmark and Canada claim sovereignty over Hans Island.

Some commentators say that a new oil rush is underway that will further imperil the region’s delicate environment. Despite the controversy, Russia and Canada, in particular, appear to be aggressively pursuing their claims in the region. Russia is expanding its drilling operations in the waters off Siberia. Canada is spending several billion dollars to add a deep-water seaport and new patrol ships to their Arctic territory. Canada’s Prime Minister, Stephen Harper, said that “Canada’s position is that we intend our position in the Arctic area” [source: CanWest News Service].

Scientists call this rush for fossil fuels and the melting of permafrost in Siberia and other areas a “ticking time bomb” [source: Houston Chronicle]. If Siberia’s vast permafrost continues to melt, massive amounts of methane, now trapped beneath the ice, may be released. Methane is a highly potent greenhouse gas, more than 20 times stronger than carbon dioxide. Scientists fear that the release of so much methane may initiate a sort of feedback loop, wherein methane release increases the rate of global warming, in turn spurring more permafrost melt and more methane release [source: Houston Chronicle].

One of the more visible effects of Arctic ice melt is the calving of large pieces of ice from glaciers and ice shelves. In 2005, the Ayles Ice Island, a 30-square mile chunk of ice, broke away from Canada’s Ayles Ice Shelf and began drifting through the Arctic. Some people worried that the ice island would crash into Alaskan oil rigs in the Beaufort Sea, but as of late August 2007, it was stuck in a channel in the Canadian High Arctic, 300 miles from its original location.

For more information about the Arctic ice melt -- and to learn about what’s happening to ice in Antarctica -- please check out the links below.