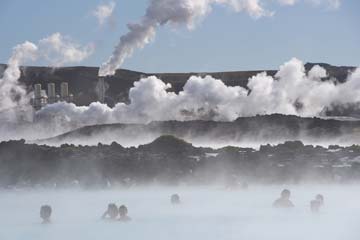 Visitors soothe themselves in a geothermal spa in Grindavik, Iceland while, in the distance, a power plant transforms the rising steam into electrical power.
Peter Adams/Digital Vision/Getty Images

"Just add water." To some, these are the sweetest words in the English language. Why just think of the wonders those simple instructions bring to our lives: Kool-Aid, Sea-Monkeys, Chia Pets, Alka-Seltzer and all the cooing mogwais (from the movie "Gremlins," not the Scottish post-rock band) you can possibly stand.

With the possible exception of Alka-Seltzer, it's hard to argue any of these things vastly improve the quality of human life. But what if we could just add water to something and, say, solve the planet's energy crisis? That's essentially the idea behind artificial geothermal energy. Think back to your grade-school cutaways of the Earth and you might remember that the planet is filled with super-heated layers of mantle and core. Dig down just a couple of miles and bedrock temperatures can reach as much as twice the boiling point of water. Go deeper and things heat up even more.

Under natural conditions, water regularly seeps down to these hot spots, expands into steam and then rises back to the surface in the form of geysers and hot springs. Sightseers often find these occurrences breathtaking while fatigued people and monkeys can find them soothing. To energy gurus, however, they are founts of gold.

Power plants burn mountains of coal and even split the atom just to generate the heat required to produce steam, which is then used to drive electricity-generating turbines. Since the Earth is just giving geothermal energy away, we've learned to harness this clean alternative to fossil fuels.

Geothermal power simply involves taking this naturally occurring steam and redirecting it through a turbine or two. This technology eventually led to the development of engineered or enhanced geothermal systems (EGSs). After all, we know there's hot rock down there, and in some corners of the world we don't even have to dig that far to get to it. Why not just drill to the hot rocks, pump some water down the well and reap the steamy rewards?

Sold on the idea? Well, there's one possible side effect to all this tinkering with the natural order of things: catastrophic earthquakes.

Spring to the next page to find out what the deal is. 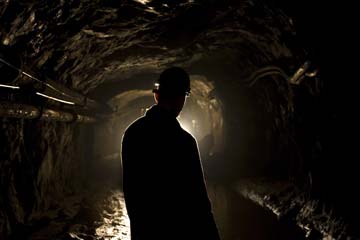 Explore the links on the next page to learn even more about geothermal energy and the inner workings of the planet.