The FutureICT Project: What It Will Take 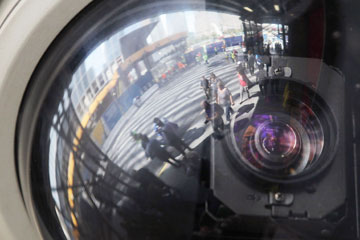 Will the Living Earth Simulator violate your privacy? FutureICT claims that the vastness of the project will strip out all personal information. It isn't concerned with where you ate dinner last night but rather where particular demographics chose to dine.
Mario Tama/Getty Images

The FutureICT project breaks down into three core components. First, there's the Planetary Nervous System, a vast network of sensors that monitor socio-economic, environmental and technological systems. The sensors range from the smart grid power meters in your home to the Dow Jones industrial average to seafloor sonar beacons and mountaintop weather stations. FutureICT is even working with MIT's Media Lab to incorporate smartphone-generated data.

Many of the components for the Planetary Nervous system already exist -- the challenge is to bring them together onto a larger information platform.

The next component is the Living Earth Simulator itself, a meta-model of the world and human society based on information and analysis from the Planetary Nervous System. Don't think of it as a virtual world a la "The Matrix," however. Think of it in terms of a weather forecast that models far more than mere atmosphere.

The ultimate idea is that the Living Earth Simulator will allow us to run simulations that project future events based on specific questions. For instance, the simulator wouldn't answer the question, "What will happen on April 1, 2060?" anymore than it will answer "What will I eat for breakfast on April 1, 2020?" The former question is too broad and the latter is too small. Rather, the massive modeling tool would allow governments, organizations or even individuals to run the parameters and variables required to explore such questions as, "How will an Iranian oil embargo today affect the euro tomorrow?"

The simulator will also boast an open source component that operates much like the iTunes app store. This World of Modeling will enable various scientists and developers to upload their own expert modeling components that map corners of the world. Imagine an expert-generated Wikipedia in which the goal isn't a mere explanation of the world but a simulation of interconnected systems.

Finally, the FutureICT project features a Global Participatory Platform, which will serve as an open framework for citizens, businesses and organizations to share and explore data and simulations powered by the Living Earth Simulator. This aspect of the project will include everything from open debates on simulator projections to smartphone apps that exploit the data.

Will it work? Is this really the big science future of big data? On the next page, we'll get chaotic -- and predictable. 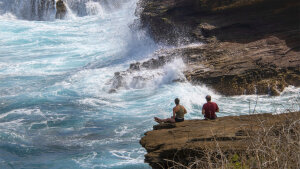